Shahrukh 'Badshah' Khan and the exquisite beauty, Aishwarya Rai according to reports will now sizzle together on the 70mm screen.

A popular pairing in Bollywood, the two actors had fallen out and which was subsequently followed by a 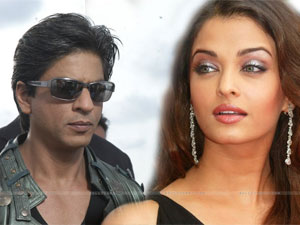 Featured Video
cold war after the ouster of Ash from Shahrukh home production movie 'Chalte Chalte' due to Salman Khan's unruly behaviour on the sets of the same movie.
What followed was a dry spell during which neither actor worked with each other.
However, recently the news has spread that the two in question hav decided to bury their hatchet and feature together in a movie, which incidentally will be produced by SRK's 'Red Chillies Entertainment'.
While the other details regarding the movie are still unknown, what we hear is that the two powerhouse actors will feature together to re-create the magic like 'Devdas'.
The shooting of the movie is expected to commence in 2010.