View Profile
Shahrukh Khan had tweeted on his special day, November the 2nd:
"Birthday with the babies at the shoot in Berlin." ((c)Twitter). 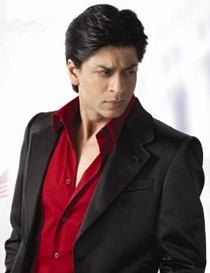 And that was the last we heard of the superstar.
Considering how interactive the star used to be, this sudden leave has left tongues wagging. Rumours have now spread that SRK has disappeared from Twitterland to avoid questions of Farah Khan's release of Tees Maar Khan.
Just recently a source revealed that Shahrukh's absence from the social network was due to some negative comments thrown at him. The same was confirmed by the actor himself on the controversial chat show with best buddy, Koffee with Karan. He stated that some very rude comments were directed towards him that were not only about him but also offended his love, family and friends.
SRK was said to be extremely hurt and has decided to stay away from Twitter as he firmly believes in lying low than easily being targeted at.
The said episode with its revealing content (dubiously scripted as ever) is set to air on January 1st, 2011.