View Profile
Bollywood megastar 'Shahrukh Khan' on Tuesday stated that whatever happened at the US airport wasn't a performance like some people may presume.
[King Khan returned on Tuesday and vented to the media about the tribulation he underwent in the US]
Narrating the details, he stated that he was livid about what happened there, 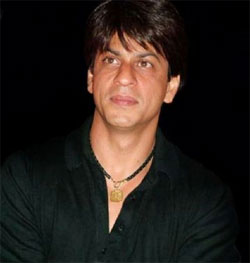 Featured Video
since he believed for his reasons that the airport officials went a tiny bit overboard with the inquiry.
The actor said, "I was asked bizarre questions by the airport officials. It wasn't a drama. I don't want publicity. But, I feel the routine procedure was not what was being followed there. We should not be treated on the basis of our colour or nationality".
Shah Rukh wasn't offended to have been summoned by the airport authorities for questioning. But, what did turn him sour was they kept asking one question, "Your name is very common. Can anyone vouch for you to enter here?"
He simply denied the rumors that he was trying to sponsor his upcoming movie 'My Name is Khan' by making a mountain out a mole hole.
SRK stated, "I hate people who rake up religious issues for their personal gains. I don't want to sound pompous here but I don't need publicity to promote my movie. I am too big a star for that".
Furthermore, the actor added that this incident won't prevent him from visiting the US again.
He said that if an eye for an eye procedure was to be followed then he would love to be sanctioned to do the same thing that happened to him to Hollywood stars Angelina Jolie or Megan Fox.
Author: Navi D.