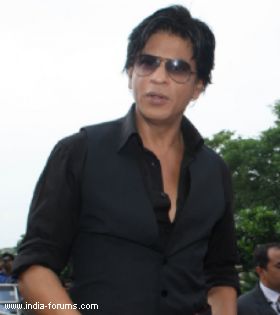 Bollywood superstar Shah Rukh Khan, who was honoured with an Entertainer of Indian Cinema award here at the 8th Annual Vijay Awards, was happy to meet some of the talented people from the southern film industry.

He was handed over the award at the ceremony Saturday, which was also attended by stars like Kamal Haasan, A.R. Rahman, Surya and Vikram Prabhu.

"Happy to be with such talented & humble artistes at Vijay. Now match in room which is as big as a football field!!!!" the "Chennai Express" star tweeted.

"In Chennai to share back the love that has always been given to me at Vijay Awards. Love you all & thanks," he tweeted.