Sreejita De is on Cloud Nine these days after bagging the plump role of Ichcha in COLORS' Uttaran. 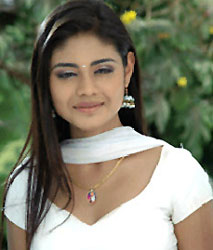 Featured Video
However, the actress had an eventful journey before she bagged Ichcha's role. "I went to audition for Ichcha's role because I love the character of the girl. The whole story is centered on her and most importantly, I simply love the way Sparsh enacts the character", states Sreejita.

However, there was a hitch when she got short listed for the role of Tapasya, as the creatives thought she resembled the little Tapasya more than Ichcha. "I was bit disappointed when this happened, but was ready to play the role if I had got it. But fortunately after seven days, I got a call from the creative that they wanted to audition me again, for the role of Ichcha and not Tapasya", explains Sreejita.

Rest is history as the girl bagged the role that she aspired for!!

Sreejita is inspired by Choti Ichcha aka Sparsh. "The little girl has left a huge mark on the show with her great acting prowess, and I feel nervous when I think that I need to match her acting skills and deliver results. I love the little girl, and look forward to meeting her. I hope to live up to the expectations that audience have from the grown-up Ichcha", chirps the new found Ichcha.

Lastly, she thanks the viewers for supporting her throughout her stint as Annu. "I promise to do my best as Ichcha and entertain my audience", concludes the actress. 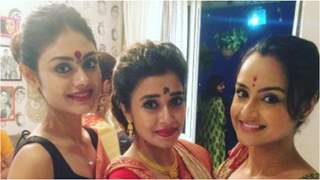 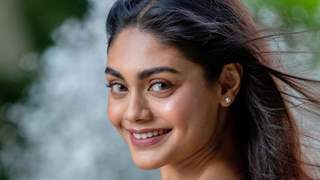 + 5
13 years ago Wish Her all the best , Looking forward to the this Track!

13 years ago I think she is muchh more beautiful dan tha littlr Iccha....bt the lil gal is very gud......hup dat the character retains its flavour