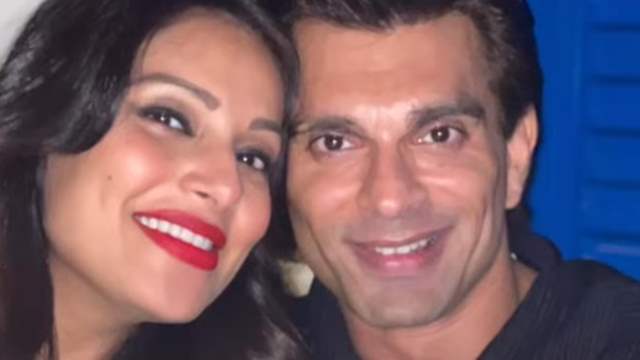 Actress Bipasha Basu has been in limelight ever since she announced her pregnancy. The couple has been sharing updates on their social media as they are all set to embark on the new journey of parenthood. The actress and her actor-husband Karan Singh Grover are equally excited to welcome their bundle of joy. Well talking of which recently, Karan shared a picture of his wife and said that he just cannot stop himself from falling in love with her.

In the picture shared by Karan, Bipasha is seen donning a yellow dress and flaunting her baby bump relaxing on the couch. Sharing the picture of his gorgeous wife Karan wrote, "Keep falling in love with you over and over and [email protected]"

The same picture was shared by the actress herself on her social handle and she wrote, “#loveyourself #mamatobe Hubby.”

It is worth mentioning here that the couple had organised a baby shower. Bipasha looked extremely beautiful and glowed in a powder pink high-slit dress. Her makeup was kept minimal and she half-tied her hair. 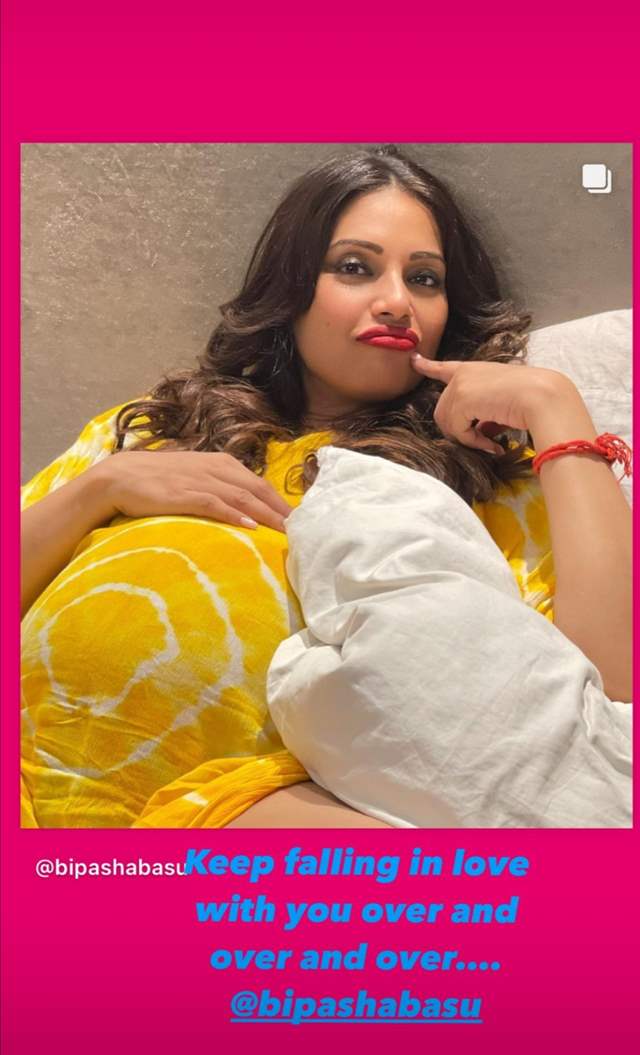 For the unversed, Bipasha announced her pregnancy news on her Instagram handle, while the announcement note read, “A new time, a new phase, a new light adds another unique shade to our prism of life. Making us a little more whole than we used to be. We began this life individually and then we met each other and from then we were two. Too much love for only two, seemed a little unfair for us to see...So soon, we who once were two will now become three. A creation manifested by our love, our baby will join us soon and add to our glee.”

The couple met during the shooting of their Alone and got married in April 2016. They have also co-starred in the web series Dangerous.

+ 11
1 months ago Congrats to Bips and Karan, happy for them and good luck to soon to be parents :)