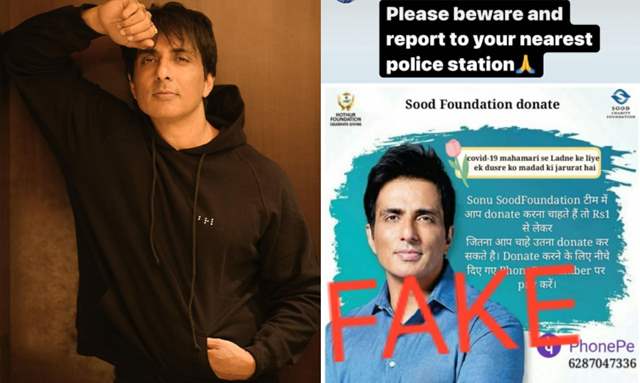 Actor Sonu Sood is being hailed for his philanthropic gestures across the entire nation and his fans are always delighted about the initiatives taken up by the actor to help his countrymen. However, some fraudsters are using Sonu Sood’s foundation name to lure people into making fake donations.

The Dabangg actor took to his Instagram stories to make people aware of this scam that is trying to extract money amidst the crisis.

He urged people to report them to the police station immediately and shared a picture of his fake foundation which detailed that people can send money on the particular number, mentioned in the picture. Sonu shared the same and said, ‘Please beware and report to your nearest police station.’

Sharing the same on his Twitter, Sonu’s fans thanked him for making them aware while some asked for the real details where they can contribute.

One user said, “Don't worry sir aisa nhi hoga par saram  aani chahiye aise logo ko ki achchhe kaam me bhi log aise giri harkat karne me lage hota desh k log Mar rahe Hai aur inhe loot krna Hai” while another user tweeted, “A crisis like this really brings out the best and worst in humanity. Here is an example of the worst - how do such people sleep at night?” There was one fan who praised the Simmba actor for his relentless philanthropic work, “@SonuSood This is the only celebrity in Bollywood who has used his money properly and in the right place and on the right people, so today he has left everyone behind and reached number one. #SonuSoodRealHero” 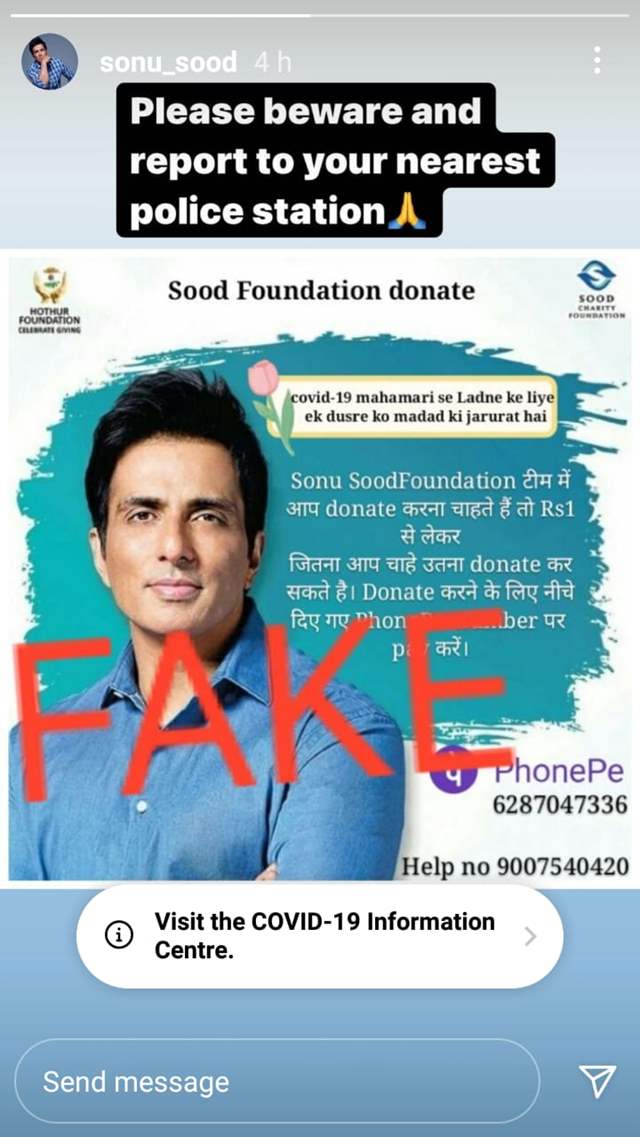 Recently, paparazzi captured Sonu Sood in conversation with a group of people who had gathered outside his residence.

According to several media reports, the people gathered outside his house were probably makeup and hair artists from the film industry and he is heard asking them about their well being.

The Dabangg actor won million hearts with his selfless acts ever since the government decreed a nationwide lockdown. Apart from providing transport facilities for the migrant workers, he also provided medical facilities, education facilities, employment facilities, and many more. 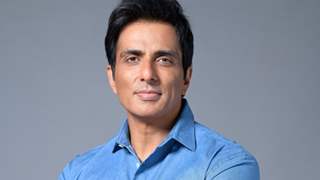 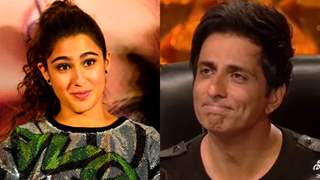 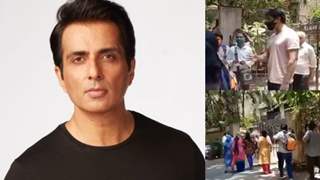 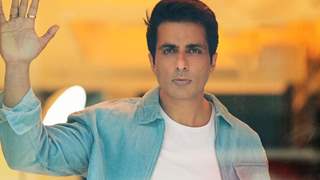