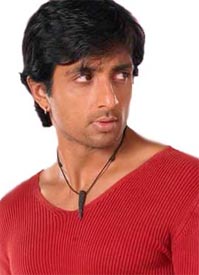 
When we quizzed the actor about the project he enthusiastically answered stating, "Yes I am doing this film which is to be completely shot in Dubai. The film revolves around three main characters - a Emirati, an Indian taxi driver, and a western woman. I play the role of Vasu who is a taxi-driver that aspires to become an actor and thus he keeps going to clubs with a hope that a director or producer may spot him and give him a big break." Interestingly enough the film is directed by a Emirati director Ali Mustafa who was appreciated internationally for his short-film 'Under the Sun'.


Now that sounds quite exciting, doesn't it? In fact critics and fans alike are raving about Sonu's versatility in his selection of roles as we have seen him playing everything from the grey character in Jodhaa Akbar to the goodie goodie Prem of Rajshiri's in Ek Vivah and now comes the role of a taxi driver aspiring to be an actor in Dubai. Talking about how he was roped into this new project, Sonu says, "It was because of Jodhaa Akbar which won accolades internationally and furthermore Sanjay Khan's influence in Dubai worked out for me."


The film which is to be shot in Dubai will begin with its action in January or February and all we can say is ALL THE BEST Sonu! We hope the new year brings for you even more success than this year! What say I-Fians?