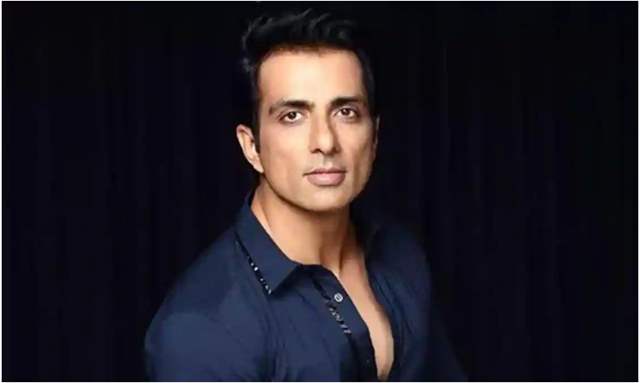 On the Born Free & Equal podcast by United for Human Rights, where Sonu chose to talk about the human right Food and Shelter for All, he said: “Food and Shelter is the right that everyone needs and deserves to get. Imagine all these poor guys who are on the roads - they're not getting food with them for two days, three days. What we realised is that government distributed food reaches a lot of places, but we also had at least 30 to 40% people who still get deprived of all their needs and their rights, so the question is how to make that awareness?

Yes, the law and rights to food and shelter exists, but how many people are really enjoying it – in the heartland there’s a lot of classism, there are a lot of people not aware of their rights and, like what this Born Free and Equal podcast is doing, it’s just about bringing that awareness - awareness of your rights. Half of the people, I would say five out of 10 people, are not aware, or if they are aware, they don't know how to make use of their rights. So, I think that that's a little bit of a knowledge that needs to be given to these guys.”

Sonu was joined on the podcast by actress Sheena Chohan, South Asia Ambassador for United for Human Rights, who was awarded the Hero Award at the United Nations in New York last year. Sheena said:

“The United Nations Universal Declaration of Human Rights and the Indian Constitution make it clear that people have a right to these basic rights. Article 47 of our Constitution says raising the level of nutrition, standard of living and health is among the state’s most important duties. So, it’s wonderful to have someone like Sonu, who has done so much to provide for those without food and shelter in this crisis, call for education programs which would permanently see that awareness of the food schemes provided by the government to comply with the constitution, reach everyone who needs it.”

Sonu Sood further said: “I think people from the core of these societies, who are actually the real suffers - they should come forward and they should be a part of our team to send that message across - you deserve this, you need to be provided all these benefits that the government has made to reach you.

I go to all these small places - half of the people are still deprived, so we need more education programs where we can make them aware. The reach can only be there when people from that particular core family or that core society can come forward and be the leaders to make sure that the government supplies reach to the nucleus of every village.

Sonu Sood has been actively creating awareness about the novel virus and has also donated graciously for the people. Right from resolving the plight of the migrant workers to arranging travel facilities for students, Sood has done it all.

The 46-year-old actor has done a tremendous job and he continues to direct his efforts towards relieving the plight of people and front line workers affected by the crisis during the lockdown. He has been applauded by Union minister Smriti Irani, cricketer Shikhar Dhawan and actor Ajay Devgn, the Governor of Maharashtra Bhagat Singh Koshyari, and even the Governor of Maharashtra for his efforts to help the migrant workers.