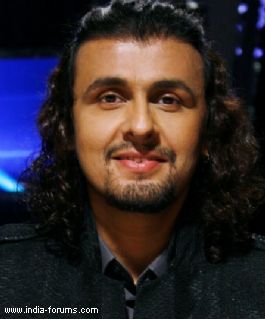 Gurgaon, Sep 23  It was a sight to behold when singer Sonu Niigam recreated the 1960s by singing popular songs of the time with legendary Pyarelal of musical duo Laxmikant-Pyarelal. The legend was conferred a special honour for outstanding contribution to pop music at the Global Indian Music Awards (GIMA).

Sonu Thursday night revisited the retro era at the Kingdom of Dreams here as he sang some of the popular songs composed by the musical duo live with Pyarelal conducting the orchestra behind.

The energy levels of the audience went up as Sonu went on to sing high-octane songs like 'Paisa yeh paisa' and 'Om shanti om'. He later asked Shah Rukh Khan to join him on stage and shake a leg with him.

Pyarelal, who received a standing ovation, dedicated the award to all the people he has worked with.

'I dedicate this award to singers and musicians with whom we have worked with till now. We have worked as a team and it is because of them that we became Lakshmikant-Pyarelal,' said Pyarelal after receiving the award.

'I would also like to add that Lata-ji (Mageshkar) has played a very important part in wherever we have reached today,' he added.

Pyarelal also heaped praise on Sonu, calling him the most 'genuine singer'.