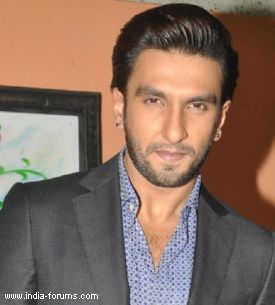 Actor Ranveer Singh, who has been attending numerous award functions of late, says that sometimes he is not so sure about them.

"Sometimes I find awards questionable. At times I get surprised looking at the winners' list... at times it glares out to me as well, but it's all subjective. For me, awards means live performance and I love live performances," Ranveer told IANS.

This year, Ranveer's "Goliyon Ki Raasleela Ram-leela" got nominations, but his "Lootera" was snubbed.

Just like his co-star Sonakshi Sinha, he too is disappointed that the period love saga was not nominated despite getting critical acclaim.

He said: "It is very disappointing that the technical team of 'Lootera' didn't get their due credit. 'Lootera' is technically one of the superior films of Hindi cinema.

"I would rate 'Lootera' more than 'Ram-leela' as 'Ram-leela' was easier for me to do, while Lootera was tougher. I am proud of 'Lootera'. It's a timeless film. It's sad that 'Lootera' went unnoticed by many."

After the success of "Goliyon Ki Raasleela Ram-leela", Ranveer will be next seen in "Gunday" and currently he is busy promoting the action thriller.

Directed by Ali Abbas Zafar, the drama, set in 1970s Kolkata, will see Ranveer teaming up with Arjun Kapoor and Priyanka Chopra.