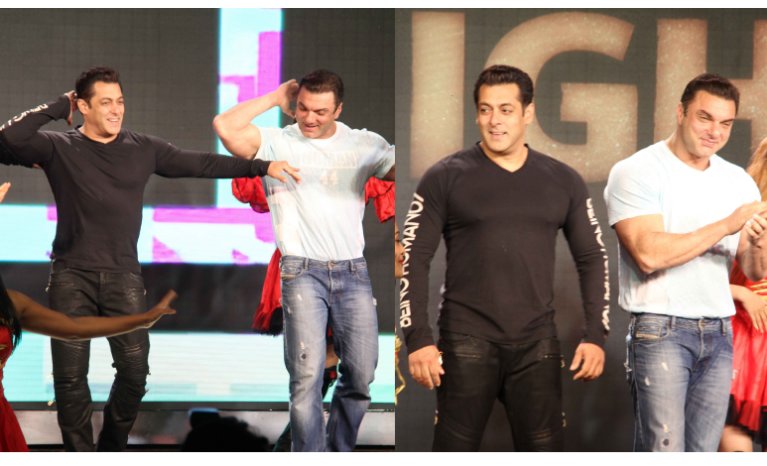 Actor Sohail Khan, who will be seen with his superstar brother Salman Khan in the forthcoming movie "Tubelight", says he never felt overshadowed by his sibling on screen.

In "Tubelight", they are playing on screen brothers.

Asked if he had any pressure to match up his performance and screen presence with Salman, Sohail told IANS here: "No, I never felt overshadowed by (Salman) bhai, because in this film, he is not playing 'The Salman Khan'. Maybe in audience's mind, he is a hero, but he did not act that way.

"In fact, I believe that whether it is Salman Khan or even any character actor, you should not compete in a scene to get more eyeballs or feel insecure. The moment you try any of that, you spoil the scene. I, as an actor, only focus on my part. The rest automatically falls in place," he added.

While the film is an emotional journey of two brothers, and the story is set in the 1960s, according to Sohail, director Kabir Khan has created a beautiful world that played an important part in helping them execute their performance.

"When we went to the set, we felt like we are standing in the 1960s' era. For a performer, that is important. Kabir has an eye for detailing and the team of production and set designers also have done a great job. Since I am a film producer too, working with this kind of a good filmmaker makes me learn so much that later I utilise it in my productions," Sohail said.

Having made his acting debut with the film "Maine Dil Tujhko Diya", Sohail has produced films like "Pyaar Kiya To Darna Kya", "Maine Pyaar Kyun Kiya?", "Partner" and "Jai Ho", apart from being a director.

Sohail has grown up in a film environment -- his father is veteran scriptwriter Salim Khan, and most of his family members too are associated with the movie business.

Can he still watch a film like a common audience member since he is very much an insider in the process of filmmaking?

"Oh yes, absolutely. I always judge a film on its overall impact at the first place, because I see no point of scrutinising a film by some of its parts. What if the story is not good, but the cinematography is? What if the acting is good but the film does not create any impact or give the audience a 'paisa vasool' experience?

"What if the music is good but the scenes are bad? For me, a film is good, if it is overall good and give you (audience) a wholesome experience," said Sohail.

"Tubelight" is releasing on Friday.

Away from Salman, No Special Food on Eid, Empty Streets: 'I am Used to ...

PriyankaSaxena1 3 years ago On Monday, the makers of 'Tubelight' organised a special event to introduce child actor Martin Tangu to the media wherein Salman shared his experience of working with the little kid stating that 'Martin is a Superstar. He is the superstar of Itanagar!'
Source: News World India