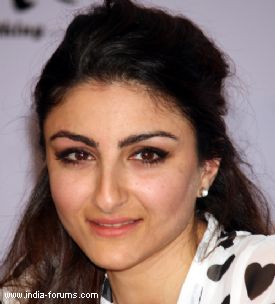 Actress Soha Ali Khan is awaiting the start of shooting schedule of her next project, which is based on the 1984 anti-Sikh riots.

"My next film is on 1984 Sikh riots and we will start shooting quite soon," Soha said here Monday at an event held to announce the winner of Classmate Spell Bee 2014 championship.

"National Award winner Shivaji Patil will be directing it and I am looking forward to it," she added.

Soha was recently seen in comedy "Mr. Joe B. Carvalho". Currently, she is busy with another film "Chaarfutiya Chhokare".