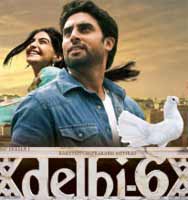 When you think of Rakeysh Omprakash Mehra you think of the critically acclaimed and box office superhit Rang De Basanti. Now when you know that this extraordinary director is pairing up with talented Abhishek and one of the most promising 2008 debutant Sonam Kapoor, you expect a wonderful movie that will both entertain you and leave you thinking.


That is exactly what Delhi-6 aims to do. Its about an American-born Indian returning to his roots in Chandni Chowk, Delhi. The movie's storyline seems different and unique. Afterall, post Swades, we have not seen many moving storylines about NRI's returning to their roots.


Abhishek Bachchan has recently started to shine through his acting abilities. Meanwhile, Sonam did a decent job with her debut, Saawariya. Senior actors such as Om Puri, Rishi Kapoor and Waheeda Rehman are also set to appear in the movie along with younger stars like Divya Dutta.


The film promotion has been going well and has created much hype. The film was unveiled at Dubai International Film Festival and got good reviews.


The music is composed by musical mastro, A R Rahman. The soundtracks has gotten raving reviews with people claiming this to be one of Rahman's best. The album contains tracks of different genres ranging from upbeat numbers to romantic numbers to devotional numbers to full classical numbers. It is definitely an album woth listening to.


So, the film seems to have many interesting angles. Its going to be interesting to see if Delhi-6 lives up to its hype and does better than Mehra's Rang De Basanti. The movie opens on 20th Feb and we'll find out then!
Featured Video 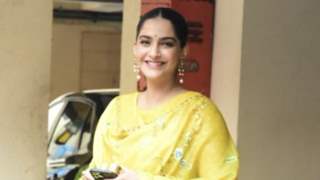