View Profile
Sonam Kapoor is going to be seen in her own action film pretty soon, and it's none other than the upcoming Players. Players is the remake of The Italian Job and is going to be directed by the talented duo of Abbas-Mastan. However, the action sequences are to be directed by Allan Amin. But this time around, it's not just going to be the men (Abhisheik Bachchan, Bobby Deol, Neil Nitin Mukesh) of the film who do action stunts, the women (Sonam Kappor and Bipasha Basu) are getting their chance to show off their skills too. 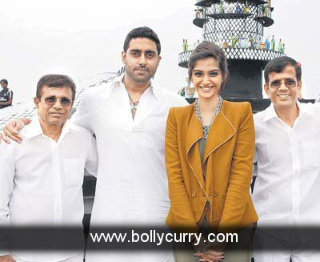 This is going to be the first time that Sonam will actually be doing an action film, hence why she has been training non-stop, so that she can live up to expectations. For the past few months, Sonam has been training in pilates with Yasmin Karachiwala.
Bipasha is known for her fit physique and athleticism, and Sonam doesn't want to lag behind when it comes to performing the stunts. In the film, the women will actually be seen chasing cars and many other stunts.
Along with just Bollywood stars, the directors have managed to cast Vyacheslav Razbegaev, a famous Russian actor, for an important role. In the film, he'll be seen as a Russian general. Vyacheslav will begin his shooting sometime around February of next year. But while that is still far off, he's decided to join the cast in Goa currently to try and blend in.

Here's wishing that this action flick kicks off to a good start!
0 Likes