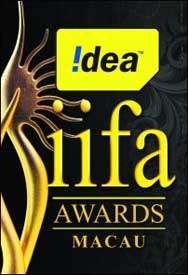 Featured Video
rds (IIFA) 2009 is just around the corner. After successfully burning the stage in Bangkok, this year IIFA will take B-Town celebrities to the beautiful city of Macau,China.
IIFA has successfully completed 10 years of celebrating and honouring Indian cinema. The IIFA package will commence June 11th, 2009 and end June 13th, 2009. The event will be telecasted exclusively by Star Plus.
Furthermore, this edition of IIFA will feature many of Bollywood's acknowledged personalities which will provide Bollywood a night full of action, smiles and loads of entertainment.
To keep the audience entertained and always on their toes, last year's hosts, Boman Irani and Ritish Deshmukh will provide a laughter riot. Also joining them this year is the elegant and gorgeous, Lara Dutta who will be co-hosting the show.
No Bollywood award show is complete without the performances.Joining the bandwagon, Kareena Kapoor(act inspired by Arabian Nights) and Sonam Kapoor will light the ceremony ablaze. Also scheduled to perform are the 'Kaminey' duo, Shahid Kapoor and Priyanka Chopra who will be churning up a special act to promote their upcoming venture.

This edition of Idea IIFA Awards 2009 looks to be something to watch out for!