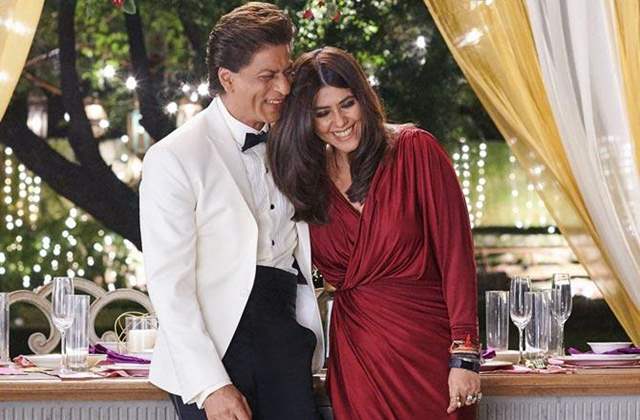 Recently, creative maverick Ekta Kapoor shared a collage of superstar Shah Rukh Khan, with a twist and totally connecting it with the OTT content viewers- four avatars on four different platforms and don’t miss out on ALTBalaji picture because that is sure to win your hearts.

This collage has Shah Rukh Khan’s movie stills distinguished on the basis of the OTT platforms- Netflix, Amazon Prime Video, Hotstar and AltBalaji. In her caption, Ekta mentioned receiving this collage on her WhatsApp.

She wrote about a comparison between the actor’s image on the OTT platform Alt Balaji and Hotstar, like a fangirl she also said she liked SRK in any form on any medium be it TV, digital or films. The collage heading read, “If SRK was to be on an OTT platform”.

Ekta’s Instagram caption read, “Got this viral pic on WhatsApp...Even though the Alt Balaji version here is more ‘Hotstar’, we’ll take SRK in any form on any platform/medium, be it Tv, Digital or Film!”

The trend caught on when American actress-singer Dolly Parton took to her social networking platform where people shared a collage of their different looks which were apt for their social media profiles in relation to different social networking sites-Facebook, Instagram, Linkedin and Tinder. This trend spread like wildfire on the social media platforms with stars sharing some unseen and candid pictures of them.

In ‘content czarina’ Ekta’s post- Shah Rukh Khan’s image under Netflix is from his movie Don, the one under Amazon Prime Video is from an ad commercial, followed by one under Hotstar from his movie Raees and performing his signature move with his arms wide open is often seen being performed by the actor on several occasions- onscreen as well as offscreen. This was the statement step that was dedicated to ALTBalaji, as the content maverick came across. Ekta also candidly hinted at how the images can be swapped between two platforms- where ALTBalaji brings more entertaining and bold content.

Truly, Ekta’s ALTBalaji has brought some pathbreaking content to the audience with their many series and we love the twist!

Salman Khan looking at a Republic Day release for upcoming ...
21 minutes ago

Rohit Roy and Manasi Joshi Roy give a new meaning to ...
59 minutes ago