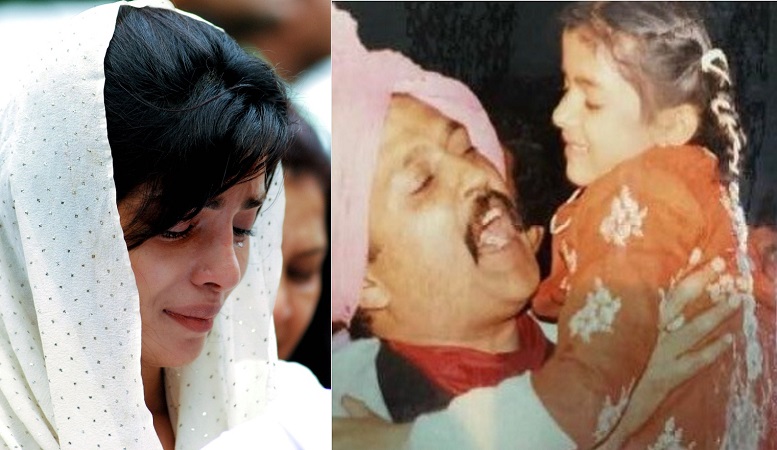 On her fathers fourth death anniversary, Bollywood actress Priyanka Chopra paid an emotional tribute to him.

"Thank you to all for your wishes. Four years today. Some things will always hurt," Priyanka said in response to a fan club of hers on Twitter.

She then posted her childhood picture with a heart warming caption:

Priyanka's father Ashok Chopra died after battling cancer in 2013. A doctor by profession, he retired from the Indian Army in 1997 as Lieutenant Colonel.

The actress and her father were very close, and she even has a tattoo inked on her right wrist that reads, 'Daddy's li'l girl'.

Earlier this year, when Priyanka's production venture "Ventilator" won three honours at the 64th National Film Awards, she had told IANS that she wanted to make the film for her father.

Priyanka and her mother now run Purple Pebble Pictures banner, under which they produce content-driven movies, mainly focussed at exploring the regional film market in the country.

ronshaan 3 years ago he been very supportive for her during her career starting, i remember he came in saregamapa as a participant and had a very nice voice, and there too u could see how much he loved his daughter n how much she loved her father, both very connected , a very sad lose.