Gangtok, May 24 (IANS) Sikkim witnessed an SMS frenzy as people from all walks of life voted for their favourite son of the soil, football star Bhaichung Bhutia, in the reality TV show 'Jhalak Dikhla Ja'.

Women from 5th Mile at Tadong here, which is part of a organisation called Sahayta Club, chipped in with Rs.30,000 to buy mobile cash cards that would facilitate 10,000 SMS votes for Bhutia.

'We have all chipped in with the money we kept for running our households. Even our kids have broken their piggy banks to donate money to buy the cash cards to vote for the star footballer,' said treasurer Phurkit Lepcha.

Lepcha admitted that getting huge amounts of cash cards from one place was a difficult task.

She said that the organization had to depute members to other localities from where the cash cards could be purchased.

'We have been running around for quite some time to get all the cash cards,' she informed.

The third season of 'Jhalak Dikhla Jaa' went on air Feb 27 with 12 contestants from different walks of life such as sports, films, fashion and music, among others, and they teamed up with professional dance partners to perform on the show. Seven of them have been eliminated on the basis of SMS votes.

Bhaichung and his partner Sonia are competing with Hard Kaur-Savio, Parul Chauhan-Deepak, Karan Singh Grover-Nicole S. Alvares and Gauhar Khan-Himanshu for the title.

'We are around 40 women who have gathered here and wish to vote. We have told our husbands that they have to heat the food themselves. Our children are here as well and our only work is to watch television and vote,' said an enthusiastic Tshering Doma who is the vice president of the club.

'He is a fighter, a superstar and he is from Sikkim. We are proud of him and want to see him emerge a winner always,' said Pushpa Rai, the president of the club.

In another campaign, a social organisation called Citizens Fourm set up a massive tent in the city's M.G. Road to conduct mass voting.

Similarly, many booths were set up in various localities in and around the state and neighbouring West Bengal hills to boost Bhutia's vote count.

United Sikkim Sporting Soccer Club, whose chief patron in Bhutia, is organising a mass voting at a discotheque Escape in Baluakahani in Gangtok from where an estimated 6,000 SMS votes were cast Friday evening. 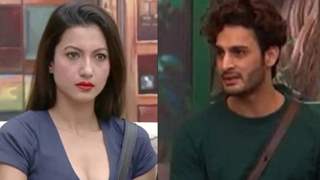 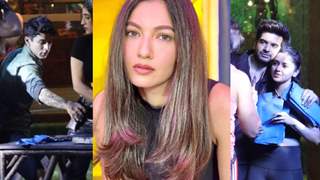 Pandya Store: Shiva and Raavi to have a baby before Gautam and ...

Divyanka Tripathi all set for her new project

Anupamaa: Here's what will be Aneri Vajani's role

exclusive
Exclusive Vijayendra Kumeria on shows going off air due to low TRPs: I am ...

Sandeep Kumar to enter ‘Thapki Pyaar Ki 2’ as a negative ...

Ranveer Singh pours his heart out; Pens an emotional note