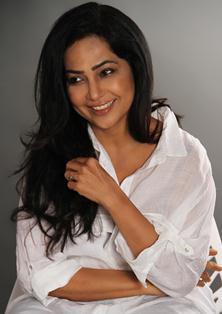 Actress Shubhangi Latkar is in the news for having signed on Singham 2 as Kareena Kapoor's mother.  The actress who had received accolades for her performance in Aashiqui 2, has been seen in numerous ads, serials and recently films as well.

Shubhangi is currently seen in Do Dil Bandhe Ek Dori Se as Arhaan Behll's mother.  Ask the actress on how she manages to balance various mediums and she says, "I am grateful to be working with people who are extremely flexible and understanding.  For example, my producers Rupali and Pinto Guha twisted the running story in order to free up my dates for Singham Returns.  Since I am playing a strong role in the show, its definitely difficult to take out days for an outdoor shoot. But I have been lucky that they were supportive. I have immense respect, love and gratitude for the couple."

Ask Shubhangi if she's ever been in a situation with date clashes and the actress quips, "Of course I have been like many other actors in this industry. But we are human beings and we can't be in more than one place at one time.  Hence at times we do have to let go of work. But in an ideal situation, its great if things can be worked out if there is enough flexibility."

And lastly we wonder whether the actress prefers a medium and when quizzed she says, "Its not really about the medium.  I am really enjoying myself. The good thing is that I had started my career as a mother and I am still playing a mother. Feels great to have graduated to the next level (laughs)."

Here's wishing the beautiful actress good luck for her work across mediums...

Raghu-shivani 6 years ago You are wonderful actress Shubhangi Latkar. You are doing a gr8 job in Do Dil Bandhe Ek Dori Se. Arhaan Behll is the best.

--Jenelle-- 6 years ago Shubhangi ji we miss you on DDBEDS. all the best with your movie...

Renu111 6 years ago all the best shubhangi ji...waiting for singham two..and ur return in do dil bandhe ek dori se..loved the onscreen bond with Arhaan Behll

Uma-Arhaanfan 6 years ago All the best for your film shubangi ji.
Arhaan behll rocks and do dil bandhe ek dori se rocks

manissha 6 years ago Shubangiji we miss you in the show. You are a loving mother to Arhaan behll /Raghu in do dil bandhe ek dori se.

JhaCreation 6 years ago Thanx for the article,
Missing you a lot in Do Dil Bandhe Ek Dori

awida 6 years ago Missing you a lot in Do Dil Bandhe Ek Dori Se dear Shubhangi Latkar.Each actor in this show is doing a gr8 job. Arhaan Behll is the best.