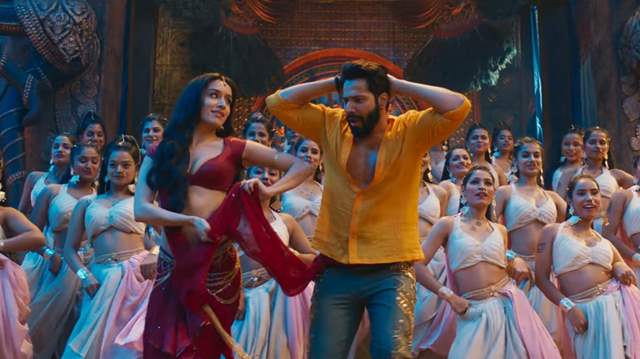 The Bhediya mania has begun! Jio Studios and Dinesh Vijan’s creature comedy has been the talk of the town ever since its thrilling trailer, and now, the makers have released the first song from the film. ‘Thumkeshwari’ is a funky dance number that sees Varun Dhawan and Kriti Sanon flaunt some masala moves as they sway to Ganesh Acharya's killer choreography.

A surprise element for the fans were Stree magic casted by non other than Shraddha Kapoor. The actress left us all spellbound with are Thumka's in the song. Having earlier worked with director Amar Kaushik in Stree, we also wonder if there’s more to Shraddha’s glimpse!

Varun took to his Instagram account and shared a clip from the song's first screening at Gaiety Galaxy. Sharing the video he wrote, "Stree ka karo swagat 🐺🐺🐺🐺#thumkeshwari out now."

Well fans just couldn't stop themselves from hooting for the groovy track.