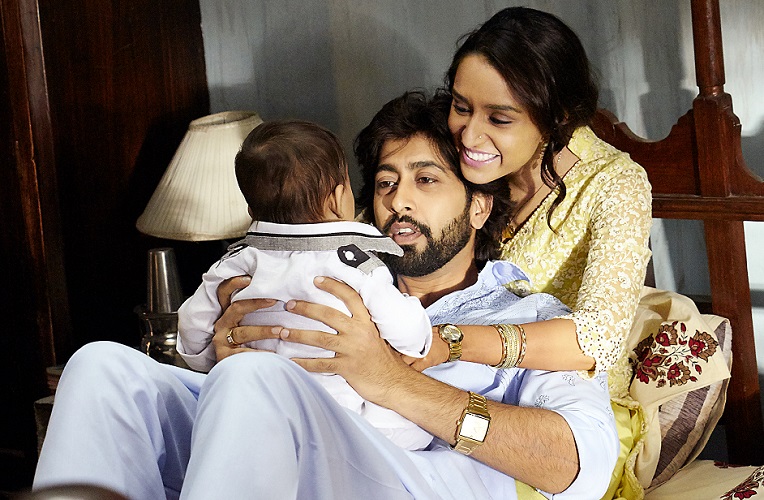 Since the release of the teaser of Shraddha Kapoor's Haseena Parkar, the actress has been showered with appreciation for her first biopic on the fierce Haseena Parkar. From turning into a dark character to jumping int different ages and looks, Shraddha has been able to ace her character. With Haseena Parkar, Shraddha will be seen playing a loving mother to four kids for the very first time.
Director Apoorva Lakhia who has seen the love the real Haseena Pakar has for her children shared a few trivia about Shraddha Kapoor mother. Apoorva shares, "There was a scene which was extended when we saw Shraddha cradle her screen kids to stop the crying. She is really patient and mature for her age. I remember her reading pregnancy books and paying attention to details like the way expectant mothers hold their backs."
He further added, "I ensured that they (the kids) arrived two-three hours before shooting commenced and hung out together with Shraddha and Ankur Bhatia, playing and talking to each other. We also instructed the real parents to not be around during the shoot."
A source attached to the unit also said that Shraddha's closeness with her aunt Tejaswini Kolhapure's daughter Vedika too made it easier for her to play a mother onscreen.
Directed by Apoorva Lakhia, Haseena Parkar stars Shraddha Kapoor, Siddhanth Kapoor and Ankur Bhatia. Produced by Nahid Khan with Swiss entertainment and co-produced by Sameer Antulay and Babu Tyagi the film is set to release on 18th August 2017.
0 Likes

“I will Not allow my daughter Shraddha to Resume Work,” Shakti Kapoor ...

review
Review 'Bandish Bandits' Hits The Right Tunes With its Acting ...
32 minutes ago