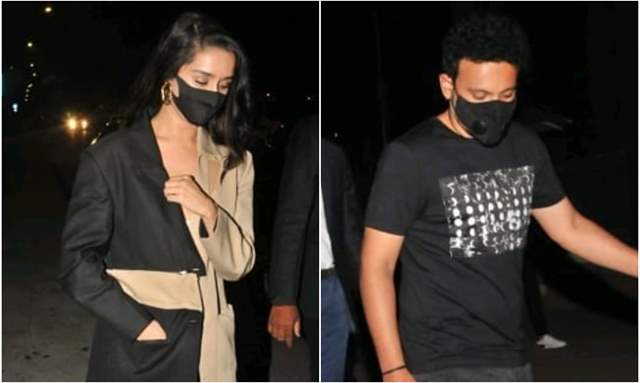 Shraddha Kapoor and rumoured beau Rohan Shrestha are practically inseparable as they are often seen together enjoying each other’s company. The alleged pair has been tight-lipped about their relationship so far but heading out for romantic dinner dates, somehow hints at a totally different story.

The duo was spotted exiting a restaurant in the city on Tuesday night after enjoying a scrumptious meal. Now, the pictures of their romantic outing have already erupted a number of questions about their relationship. Furthermore, they even avoided posing together for the shutterbugs.

The pictures featured Shraddha sporting a white bralette top along with a blazer and black leather pants. While Rohan was seen in an all-black look.

The news comes after Saaho actress recently returned from the Maldives after attending her cousin Priyaank Sharma’s wedding with Shaza Morani. Besides, she even celebrated her birthday in the presence of rumoured beau Rohan, and the pictures from Shraddha’s birthday bash are going viral adding a spark to their relationship.