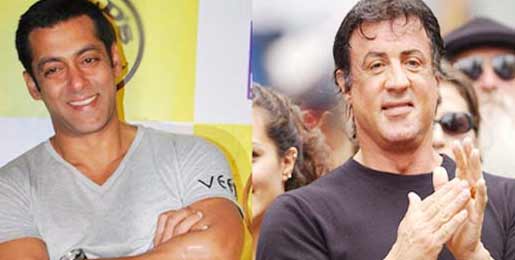 Sylvester Stallone and Salman Khan have a mutual admiration society, it seems. The Hollywood star is all praise for the "super talented Indian superstar", and has thrown up a suggestion to the "Dabangg" star to do an action film together.

On Friday, the "Bajrangi Bhaijaan" actor had called upon his 12 million fans on micro-blogging website Twitter to follow the legendary actor as he is their "hero ka hero".

The "Rambo" star replied to Salman, tweeting: "Would like to thank the super talented Indian superstar SALMAN KHAN the Compliment he Tweeted! We should do an ACTION FILM together."

Stallone has earlier had a Bollywood stint. He did a cameo in Sabbir Khan's "Kambakkht Ishq" in 2009.