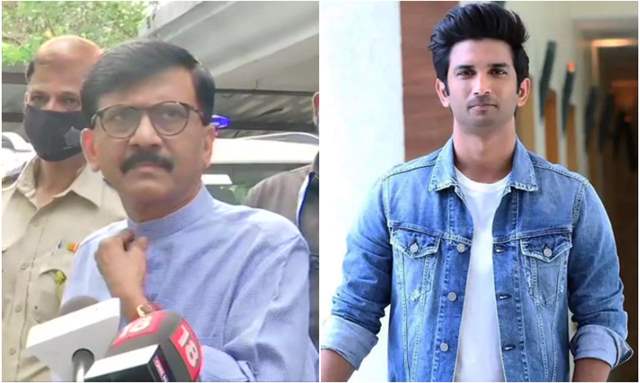 A lot has conspired about Sushant Singh Rajput’s death and there have been a plethora of allegations being hurled across the entire nation since the last few months. The late actor’s death investigation has seen many shocking developments, however, several rumors claimed that SSR was murdered. In a recent turn of events, the All India Institute Of Medical Science (AIIMS) panel has dismissed all the angles including the theories of poisoning and strangling.

While many raised their voices demanding justice for Sushant, the issue even took a political turn and many leaders commented about the same. As the 5-member team has rejected the claims of poisoning and strangling Dr. Sudhir Gupta - the head of AIIMS Forensic Medical Board in SSR’s death case was allegedly linked to Shiv Sena.

An ANI report quoted Raut commenting about the and stated that Dr. Sudhir Gupta doesn't have any political connection or any links with Shiv Sena.

Since the very beginning, in this case, there has been a conspiracy to malign Maharashtra govt & Mumbai Police. If now the CBI inquiry is also not being trusted, then we're speechless.

The statement comes after a tape of Dr. Sudhir Gupta has been leaked wherein he can be heard saying that, Sushant Singh Rajput's death was 200% murder and that he died due to strangulation.

Also read: "Sushant's Death was by Murder": Sudhir Gupta's Leaked Tape Exposes how the Doctor has Changed his Statements

Meanwhile, Sushant’s family has rejected the forensic findings and is demanding a new forensic panel to examine the case. The family is reportedly unhappy with the findings of the AIIMS team which was investigating the case and working with CBI.