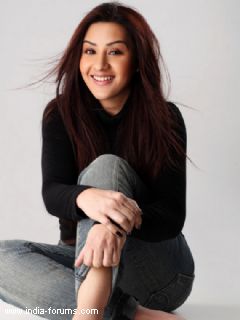 SAB TV's popular Show Chidiya Ghar will have the original Koyal back in the show. While Shubhangi Atrey Poorey managed to pull off the character well but due to her poor health the actress is getting replaced but the good news for the fans of Shilpa Shinde is that their much loved Koyal will be back in the show.

Well, Shubhangi was also unhappy with her role and had some creative differences with the people.

Shilpa Shinde left the show when Shubhangi stepped into her her shoes and played Koyal. But citing the reason of insecurity with one of her co-actresss,Shubhangi is leaving the show and Shilpa Shinde is all set to come back again as Koyal. Shipla was seen doing a cameo in SAB TV's show Lapataganj Ek Baar Phir in a modern avatar.

According to our sources, "Shilpa has agreed to be back to the show and she is very happy to return to show. This is due to her fan following who loved her so much that some even stopped watching the show which is the main reason for her to come back in the show. Her entry will be seen post IPL."

When contacted to Shilpa Shinde she confirmed by saying, "Yes I am coming back".

Shilpa Shinde on her digital debut: I feel 'Paurashpur' is the show ...

angelic_leena_3 6 years ago shubhangi atre was doing better than her..

kartik10 6 years ago Shubahngi Atre was doing very well.
There is no need to replace.

malluangel 9 years ago is it creepy that we all know these actresses like this?
cuz i was like sonam! or kat...
n then i read that others thought that too.. this is so weirddd

Minionite 9 years ago I think it's Katrina Kaif, even though it could be Sonam Kapoor.

anonymous7 9 years ago It's Sonam... although looks like Kat too...

InnocentGeet 9 years ago It Was non Other Than Sonam Kapoor...
Iwatch Her First experience on Ramp in Anamika khanna show...
She Carried It Well...