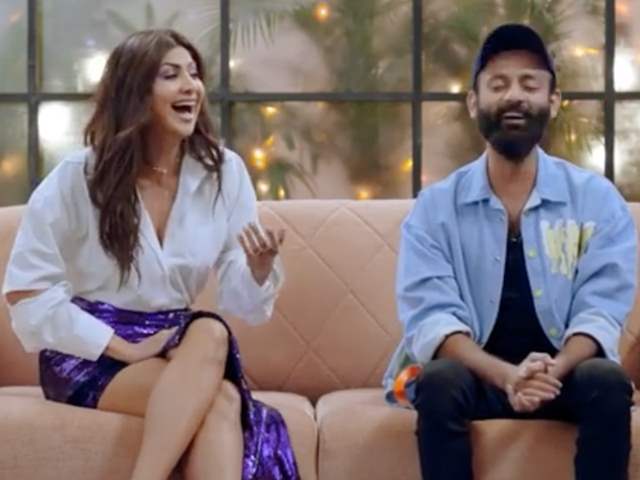 Bollywood actress Shilpa Shetty's husband Raj Kundra is currently under judicial custody following his arrest in July 2021. He is still in Byculla Jail in Mumbai.

As per recent reports going around the town, Shilpa Shetty has decided to part ways from her husband and also keep their children, son Viaan and daughter Samisha away from him.

Since the time Raj has been arrested, Shilpa and her family have been trolled on social media.

Now, in a recent video that's going viral on social media, Shilpa is seen smiling and laughing on a chat show. And netizens are yet again trolling her for enjoying herself.

But, the host of the show has defended the actress and has also given a befitting reply to comments made about Raj Kundra.

Shilpa is trying to get back to her normal life, she has made a comeback in Super Dancer Chapter 4 and has become active on social media too.

Meanwhile, the teaser of the chat show hosted by Janice Sequeira where Shilpa appeared as a guest was released on social media. In the short clip, Shilpa is seen smiling and laughing.

To this the host of the show Janice gave a befitting reply, "before messaging on the timeline, please read the caption when this shoot took place " 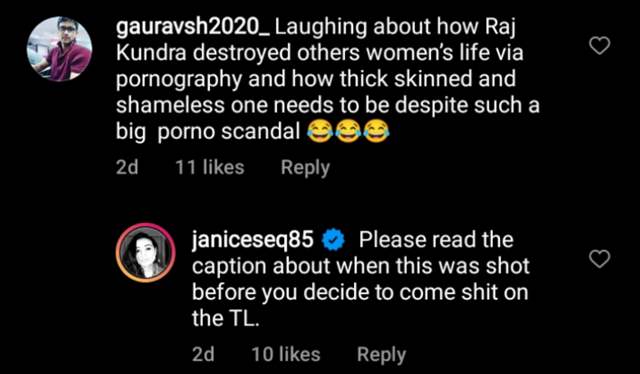 Shilpa shetty's husband Raj Kundra was arrested on July 19. According to the caption given with the video, the chat show was shot before his arrest in July. After Raj's arrest, Shilpa distanced herself from media, social media and public gatherings. 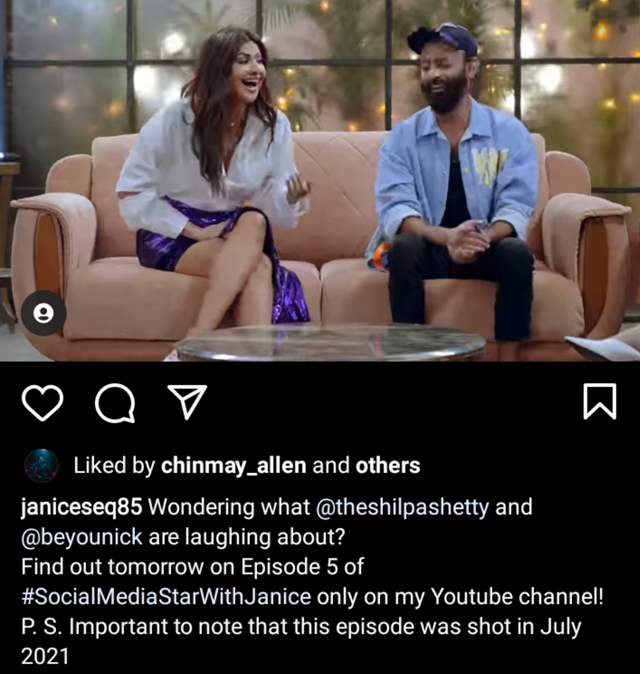 For the unversed, on July 19 the property cell of the Mumbai Crime Branch had arrested Raj Kundra in connection with the case of a pornography racket busted by Mumbai police in February.

The 45-year-old  was arrested on grounds of creating pornographic films and publishing them through some apps. The Mumbai Police had mentioned that he is the key conspirator behind this racket.