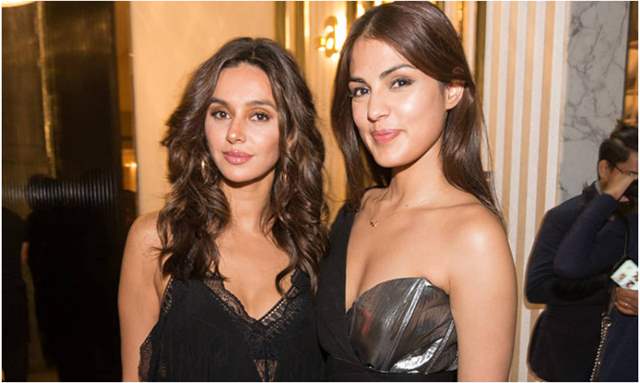 Following the Supreme Court's order, the Central Bureau of Investigation (CBI) has been probing Sushant Singh Rajput's death case. However, the investigation turns murkier with every passing day and the agency officers continue to probe the individuals who are likely to be involved in the case.

Meanwhile, several Bollywood celebrities including - Vidya Balan, Lakshmi Manchu, and others have come out in support of the late actor’s girlfriend Rhea Chakraborty who has been targeted for media trial and demanded a fair trial for her.

Now, the actress has spilled the beans about Rhea’s relationship with Sushant’s family from the start and even claimed that Rhea had told her about being molested by one of Sushant’s sisters and that, she claimed, must have caused problems and a rift with his family.

Shibani in her interview with India Today claimed that Sushant’s sister Priyanka Singh had groped her one night after having too much alcohol and had even shared chat messages where Sushant had confronted his brother-in-law and sister about it.

She also mentioned that Rhea was completely outraged by the incident and that she obviously had to tell Sushant about it, which must have caused problems with the family.

She said that it happened, that it happened and she was completely outraged by it. And obviously she is going to tell Sushant how she feels about it and that would have caused a rift. How can it be okay after that? So, this is not something that is shocking news. Sometimes these things happen, sometimes the girlfriend doesn't get along with the family. What does that mean? Does that equal murder? Does that equal abetment to suicide? Does that equal her being a witch? Does it equal her being a villain? Does it allow for her to be vilified?

Furthermore, Shibani Dandekar also spoke about Sushant’s family accusing Rhea of drugging him and taking him to psychiatrists. Shibani highlighted that it is not the first time that it is happening that a guy’s family doesn't like his girlfriend.

Meanwhile, Shibani’s post in support of Rhea read, “Her basic human rights taken away as the media play judge jury and executioner! We have seen the death of journalism and a frightening side of humanity! What was her crime? She love a boy, looked after him through his darkest days, put her life on hold to be there for him and when he... took his own life she was crucified. What have we become? I've seen first hand what this has done to her mothers health, how it has effected her father who gave his life to serve this country for 20 years, how quickly her bother has had to grow up and how strong he has had to be."