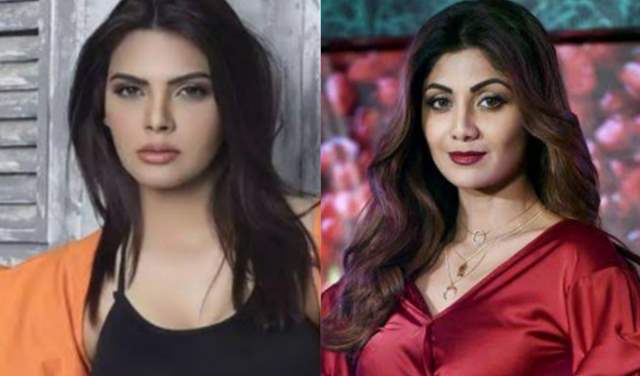 The name Sherlyn Chopra is not new to the audience. However, when Raj Kundra, the husband of famous Bollywood actress Shilpa Shetty, was arrested, her statements came to light.

In it, she had accused actress Shilpa Shetty of lying, so fans are wondering what exactly she wants to tell.

Raj Kundra has been in judicial custody for the past few days in a pornographic video case. He had applied for bail three times. But he is not yet relieved.

It will be important to see what is decided at the next hearing.

Meanwhile, a video of Sherlyn has sparked a heated discussion on social media.

Sherlyn shared a video. In it, she said that,"what Shilpa has said so far is false. She is going crazy". Sherlyn has made such an allegation against Shilpa Shetty

It so happened that Shilpa Shetty had completely sided with Sherlyn in that video.

Sherlyn has criticized that saying, "Shilpa Shetty always puts her side differently. So that questions can be asked about her. So I have taken a hard line on her this time as well".

Shilpa had earlier said that she had no idea what Raj did. She had commented that she was busy with other work at that time.

Speaking of Raj's case, Mumbai Police has filed a 1500 page chargesheet against him.

That charge sheet contains the statements of many, including Shilpa Shetty and Sherlyn Chopra. The police had told the court that they had found more evidence against Raj.