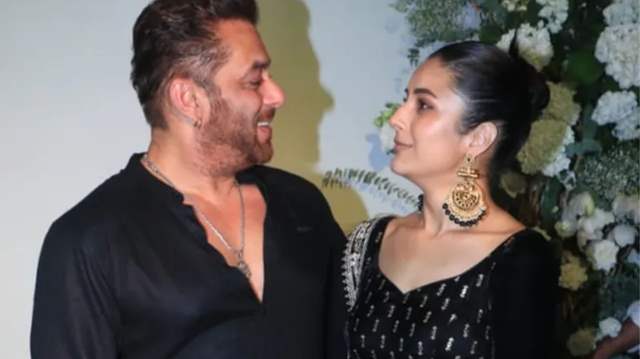 Shehnaaz Gill is one of the most loved actresses of the tinsel town. Gill rose to fame with the 13th season of the reality show Bigg Boss which was hosted by Salman Khan. Since then Salman and Shehnaz have been sharing a great camaraderie and fans have also witnessed their bond on the show. He used to be quite supportive of her and would constantly joke around with her.

For the unversed, during the Bigg Boss 15 finale, Shehnaaz Gill appeared on the show and paid special respect to late actor Siddarth Shukla, and it was at that point that she broke down in tears remembering him, and Salman was also seen handling her.

And talking about the present, we all know about Shehnaaz Gill being roped in for Salman Khan's film Kabhi Eid Kabhi Diwali.

But as per latest reports, it has been said that Shehnaaz Gill has unfollowed Salman from her Instagram account and will not be a part of the film anymore. While the reason for the same still remains unknown, none of the actors have commented on the same.

Shehnaaz had already begun filming for her part in the film. She was playing a south Indian girl and many pictures of the actress from the sets were leaked causing a stir on social media.

The film is being helmed by Farhad Samji and will be produced by Salman Khan Films and Nadiadwala Grandson Entertainment.

Jassie Gill, Siddharth Nigam and Raghav Juyal are reported to play Khan's brothers in the film. It also stars Pooja Hegde in key role and will see Ram Charan in a special apperance.

1 months ago This has to be the toughest job in the world. To keep an eye on who is following and unfollowing whom !! In Archana Puransingh's ishtyle - Mainnnnd Blowing !!