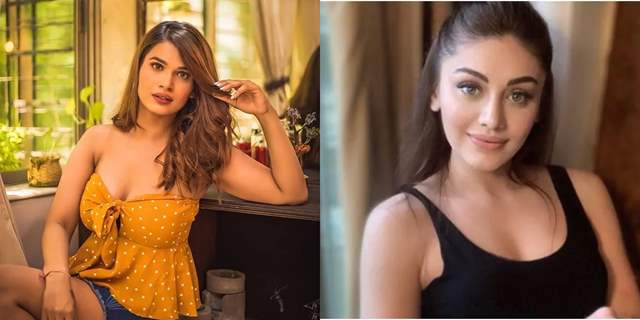 In the latest episode, we saw some interesting additions like the Splitsvilla winner and actress Naina Singh, Shardul Pandit, and Kavita Kaushik in Bigg Boss 14 who joined the clan of the existing contestants in the reality show. But here's something, that grabbed the attention of the viewers of the show. As soon as Shardul entered the show, he made sure that he also becomes one of the disliked new entrants of the show. His distasteful comment did not go down with Shefali Jariwala who slammed the actor on the micro-blogging site.

After the entry of Splitsvilla title holder Naina Singh and Shardul Pandit on the stage, during a conversation, Shardul tried to take a sly dig at Naina by saying “Inko toh me ek show me mila hu; Naina ko. Godi me bhi baiti hai ye mere us show me.” (I met her on a show. She’d sit on my lap in the show). Naina was then quick to hit back at Shardul saying, “Use ‘godi’ nahi kehte hai. Use kehte hai saath me hosting karna. Apne shabdo me dhyaan dijiye.” (You don’t call it sitting in the lap. It’s called hosting together. Mind your words)

Moreover, Shardul tried to coverup his side by giving it an innocent flirty-twist, Shardul said, “Mere dhyaan aap pe tha toh me kaise apne shabdo me dhyaan deta?” (I was focusing on you, how can I focus on my words).

On the same parlance, as mentioned in the beginning. The comment did not go down well with the the Bigg Boss 13 contestant and actress Shefali Jariwala and she hit back at the actor for his derogatory comment towards a female on National Television. Shefali tweeted "#ShardulPandit ‘ Godi mein ake baithi’ ... WTF , vulgar, cheap , derogatory...u made a Horrible first impression...

Moving on, although Naina did not make a scene out of it but despite of that the comment did not go down well with the netizens who equally slammed Shardul for the same. It would be interesting to see as what kind of a rapport will the duo share in the near future. Stay tuned!

phadukaran 1 months ago yet there is no outrage and Sallu just stood there and enjoyed the JOKE.