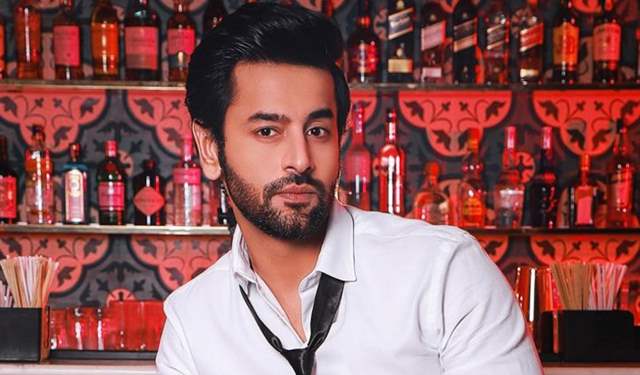 The country is dealing with several issues right now, and while the Coronavirus outbreak is a huge concern, there are several other things that need to be addressed. Among the current situation of the farmers, the migrant deaths, decreasing GDP, the Indian Premier League 2020 is kickstarting today. Balika Vadhu fame Shashank Vyas, took to Twitter to question why is there a need for the game at this point of time with everything that is happening.

With increased attention to the Sushant Singh Rajput case, and now the IPL, we asked the actor about his point of view and how there are a handful of people talking about the real issues. He says, ''Keeping aside all the controversies around SSR, the point is why is there such a great urgency of IPL happening in 2020? What good has happened this year that we want to watch people play cricket while others cheer on? The lives that are lost, the migrants who lost their lives, people who are sweating it out, the current situation of farmers, or the GDP for that matter, it is not going to help. The problem right now is whatever you speak, people will counter each and everything and hence people avoid talking about it. Even if I say the correct universal truth also, let's say 'the moon is beautiful,' people will say no it is not, the sun is more beautiful.''

He adds, ''Whatever I wrote, I am not supporting any party, but the problem is there and nobody can deny that fact. We are having an IPL in Dubai and that is it, but what is the urgency of that? Like I said, there is a difference between important and urgent, what is important right now? We don't have ventilators or enough beds.''

Elaborating further, he adds, "We can always have cricket but we will do it when there is a fantastic time, which I hope happens soon and that is when we can do this much like we have been doing all these years. However, this was not the year for it and that is my point of view. People will counter that point and question what will happen if I don't watch IPL, but by that logic, what will happen if I speak? But this is my contribution and I cannot focus on just earning money, buying a house and living my life, that is now how things work.''

surabhi01 1 months ago So ipl has become food provider for every body. Is that is so they why everybody is so worry if ipl is food provider of every body Why everybody is worry economy is low Why government had to open liquor shop and allow customer to buy liquor so that economy of country will increase If ipl is paying every body then shopkeeper useless opening their shop Teacher are uselessly worried they have not get salary for many months I think ipl will pay them

TinTuna 1 months ago That’s a very stupid thing to say? Who will pay the employees?him?

naq5 1 months ago i thought this guy was sensible. IPl gives job to many people. leave the international cricketers, there are many domestic players in the teams whose livelihood depends on that money if they play. on these lines what is the need for TV shows & movies to release. why the need for cast n crew to take risk n shoot. what good has happened in this year for people to watch new tv shown n movies. we managed well with iconic old shows during 3 months of lockdown. we dont need nonsense story new shows . Everything is for entertainment right . cricket is also for entertainment similarly. n BCCI is organizing it safely in biobubble with own money they are not using government money for it. It is only generating more livelihood to people. similarly TV shows are coming because actors n crew need work n livelihood. If its ur job to act n earn money its a cricketers job to play cricket n earn money. Also sportspersons need to play matches to stay in form. they cant sit for a year n directly play international cricket for india. This will only help india for australia tour

olsen_124 1 months ago Cricketers also need salary. BCCI also needs its revenue and IPL is much needed right now for the entertainment of people. In this time of pandemic people need something to divert their minds to.

basherz 1 months ago mr.half knowledge Vyas ji - IPL is a source of income for many individuals attached to it. How do you expect for companies to pay salaries - when they don't have a source of income. Just assume - a player is need of cash, even base price is 20 or 40 lakhs I assume - by representing his team, he gets to earn the amount - which he can use for his family. And this is a source of income as well, how do you think GDP will improve, when you have no income sources for families to spend on ? I don't even watch IPL - haven't watched since 2011. Sports is always a relaxing factor - something people can relax on instead of the toxicity on social media & news media these days.