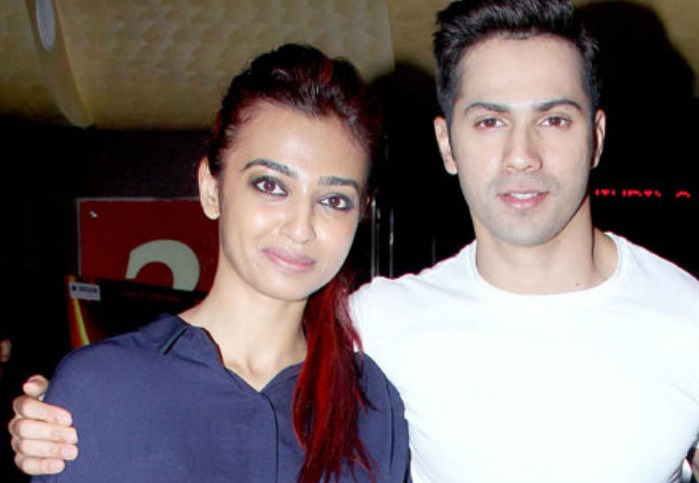 Actress Radhika Apte, who shared screen space with Varun Dhawan in "Badlapur", says that he is a very good friend and that they share a special relationship.

"His compliments and his criticism are both important to me. He is a very honest critic and we share that relationship. He's extremely special to me," she told media persons in response to qqueries on what Varun, who turned up at at the screening of "Manjhi - The Mountain Man" to support his "Badlapur" co-stars Nawazuddin Siddiqui and Radhika, had said.

At the event Varun, Radhika and Nawazuddin posed for the cameras with a hammer, an important symbol from the film.

About the pose, Radhika quipped: "Varun is a very good friend but I am very happy that I got the opportunity to place the hammer on his head." They had shared some intimate scenes in 'Badlapur'.

Radhika is pleased with the response to "Manjhi...". "It was really good. All have come to watch the film so I'm really excited they came today. It's very sweet. So far wherever we've gone and whoever we've met, the response has been positive so fingers crossed," she said.

Radhika also said that her fans would still watch the film despite watching its recently leaked version. "From whatever responses I've got on Twitter, they've all said that we've seen it and we want to watch it again in the theatres. I request you all to go watch it in the theatres, the experience is not the same," she said.

"Manjhi - The Mountain Man", directed by Ketan Mehta is releasing on Friday.