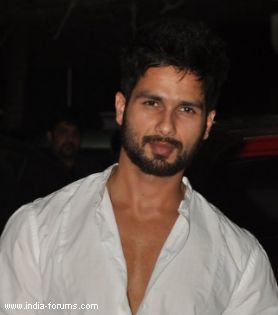 There was a time when actors used to do two-three shifts for various projects. But not any more! Different films require different looks nowadays and actors, including Shahid Kapoor, are not compromising on this.

"Being emphatic about his role, Shahid happily shaved his head off for just one scene in 'Haider'. He went ahead with the decision despite knowing that he won't be able to work on his next project till the hair grows," said a source close to Shahid.

"Haider", an adaptation of "Hamlet", is part of director Vishal Bhardwaj's Shakespeare trilogy after "Maqbool" (Macbeth) and "Omkara" (Othello").

"The scene was canned by Bhardwaj in Srinagar in March," said the source.

As expected, with the bald head, it was not possible for the actor to go on his next project - "Shaandar". Hence, he took a break and "it was not a big deal for me".

Now, after a three months' halt, Shahid is finally ready to shoot for the movie with director Vikas Behl and actress Alia Bhatt.