The lyrics have been penned by Sameer of 'Sawaariya' fame, Sandeep Chowta has composed the music and Bangalore-based music band Karma6 has lent its voice for the song that inspires people to care about mother earth. 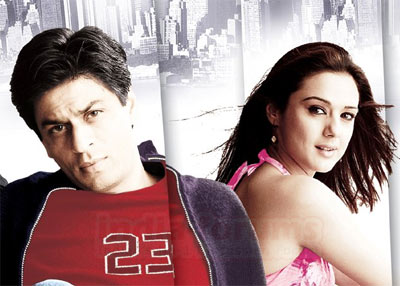 Featured Video
step can help save our world,' said Chowta.

'We are extremely happy that these talented stars have joined us in our endeavour to protect our world,' Nikhil Mirchandani, managing director of National Geographic Channel (South Asia), said in a press statement.

'Music can reach out to people across borders. We were convinced that this would be a unique way to spread the message and inspire the youth to be more environmentally aware .

'The song strikes an emotional chord with the messages, and has an extremely youthful and fresh feel to it. We hope that this anthem will inspire today's youth to do their bit for a better future,' he maintained.

Shah Rukh in his message said he is optimistic the country's youth would succeed in making the earth a better place to live in.

'I believe my children will breathe easier. I believe there will be nicer things around them to look at. I believe they will be closer to nature. I'm a non-cynic,' Shah Rukh said.

The actors said even small initiatives like discontinuing the use of plastic can contribute largely in bringing a change.

'My message to all those people out there for Earth Day would be - please try saving the planet, you don't have to do a very big thing, all you can do is use as little plastic as you can. So if you don't want Mumbai to drown in the rain or London to have lots of rain or excessive heat anywhere around the world, save it in your little way by using lesser plastic,' urged Preity.

'If one has to go across to the nearby garden for a walk or a jog, why don't you walk (instead of using a vehicle). I think these are the really simple common sense ways that are not head-in-the-clouds unrealistic, but definitely feet-on-the-ground realistic,' says Rahul Bose in his message.