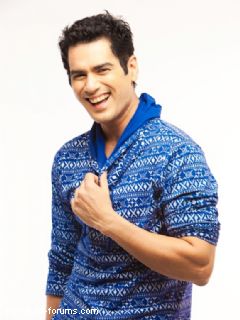 Amit Varma has been out of the lime light for a very long time. Though the actor was seen in few ad films but has not done anything major on the small or big screen. Well now he returns with a second innings on the silver screen with Rohit Shetty's Singham Returns. Ajay Devgn and Kareena Kapoor will be seen as leading pair in the film.
Our source says, "Amit is on cloud nine with Singham Returns in his pocket. His part of shooting will end in June and then the actor is also planning to return to the small screen."
Talking about his role, our source replies, "Amit has a major role to play and definitely its going to be a positive one. The production house and actors are strictly warned not to leak any information but I can say that this time, Singham Returns focuses more on politics and Amit's character will be in and around based on the same background. Throughout the film, he'll be seen playing a powerful role."
"Only after finishing the flick, Amit will decide whether to act on silver screen or should he stick to television world which gave him lot of fame. He had taken a deliberate break from TV world so that he could try his luck in Bollywood again," concludes the source.
We tried calling Amit Varma for his comments but the actor didn't reply.
With a big budget film in his kitty, we wish the actor luck for his second innings in Bollywood.
2 Likes

Destinyhope0305 6 years ago I loved him in Hotel Kingston!
Wish I could watch it all over again !

mytri 6 years ago You were awesome in Baa Bahu aur beti. All the best Amit!!

Shaina_b 6 years ago I loved him as Vish in Hotel Kingston!!!!

Shivani_4u 6 years ago omg he is so cute..loved him as vish in hotel kingston..it was nice show..all d best amit..