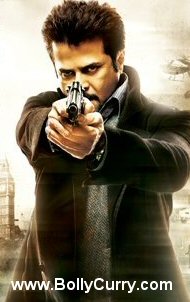 After "Virasat", it took 15 years for Anil Kapoor to say yes to Priyadarshan's film "Tezz". It is unlikely that they will ever work together again as they do not approve of each other's working methods.

Priyadarshan likes to work without a script, while Anil does projects only when he is given a hard-bound script.

"To put it bluntly, Priyan and Anil do not see eye to eye. Anil is a studied actor who likes to come fully prepared to the sets. For this, he needs the script beforehand. Priyan, on the other hand, seldom, if ever, prepares a full script. Most of the time he likes to improvise and work out his scenes on the spot. This is not how Anil likes to work. He turned down every single offer from Priyan until 'Tezz'," said a close friend of Anil.

For "Tezz" apparently, Priyadarshan had no choice but to write out a full screenplay before shooting.

Priyan constantly improvised and altered scenes at the last minute, thereby throwing the pre-prepared Anil Kapoor off guard. Reportedly there were constant arguments between the actor and director caused by their antithentical modes of working.

Consequently, Anil is unlikely to return to Priyadarshan's cinema after "Tezz".