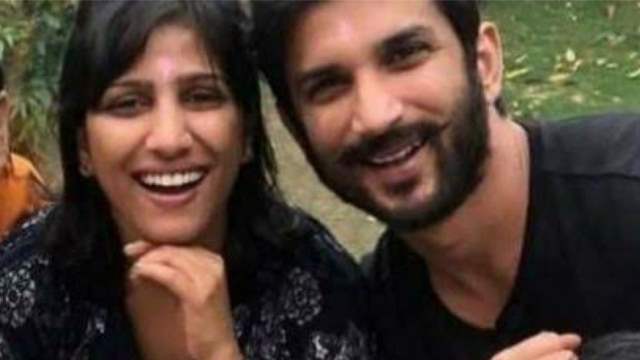 On Friday, the Supreme Court dismissed the plea filed by Sushant Singh Rajput's sister Priyanka Singh challenging the Bombay High Court order. Priyanka had appealed to quash the FIR filed against her by Rhea Chakraborty.

Rhea had named Rajput’s sisters Priyanka Singh and Meetu Singh in an FIR accusing them of procuring 'fake medical prescription' for the late actor through telemedicine, without consulting a professional.

On 15 February, the Bombay High Court observed that there was a prima facie case found against Priyanka Singh, in FIR lodged against her at the instance of Rhea Chakraborty alleging criminal conspiracy & abetment to suicide of Sushant Singh, reports Live Law.

However, the Bombay High Court had quashed the FIR against Meetu Singh.

In September, Rhea Chakraborty had filed an FIR against Priyanka Singh and a Delhi based doctor Dr Tarun Kumar for illegally prescribing medicines containing psychotropic substances without consultation to late Sushant Singh Rajput. Rhea alleges that the medicines may have resulted into a chronic anxiety attack leading to Sushant's suicide.

The FIR was based on a six-page complaint against Priyanka, Meetu, and DR Tarun Kumar from RML Hospital in New Delhi, and registered under various sections of the IPC and NDPS Act.

The Rajput sisters had then filed a petition to quash the FIR filed by Rhea against them. In the petition filed through advocate Madhav Thorat, Sushant’s sisters have claimed that the medicines are not banned and the guidelines issued by the Medical Council of India (MCI) on April 11, for telemedicine “allows the medicine to be prescribed to a patient even at the first consultation”.