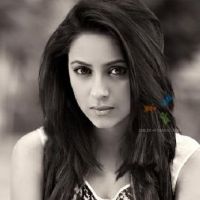 Pratyusha Banerjee, who has started shooting for the crime saga Savdhaan India @11 says she accepted the show because it offered her the "best" opportunity to try something "different".

"Instantly, I said yes to the show because I wanted to do something exciting, something new and nothing could have been better than this," Pratyusha said here on Monday on the set of the show.

"Crime-based shows are doing really well these days. Such shows always excite me and for me, anchoring was a different thing," she added.

Pratyusha, who has so far worked in popular TV series Balika Vadhu and participated in reality show Bigg Boss Saath 7, describes Savdhaan India @11 as the best opportunity for her.

The special segment will start from March 3 on Life OK. Hiten Tejwani and Sushant Singh will join her as co-hosts.

When asked if she is doing any other project, the 22-year-old said: "Let's see what happens next... I have not planned anything."

seetha74 6 years ago A smile or laughter is the most recognized emotion from a distance!
A great quality of any actress !
Pratyusha ...we are all happy that we got the opportunity to see you again !Best wishes to you !

ahilajkula 6 years ago Pratyusha Banerjee,we love you dear girl...You are our great heart .We enjoy to watch you on the scene...

Sneha.Love 6 years ago One more day and we will see you again on TV Pratyusha Banerjee. You look great on Promos. Good luck, dear.

riya_ss9 6 years ago Good luck Pratyusha Banerjee, your fans are with you.

vibraj 6 years ago Pratyusha Banerjee, whatever you do, you do it with panache, waiting to see you as a host!

ahilajkula 6 years ago Pratyusha Banerjee, again we look you every day. Us , very glad your new project.We love you.

Mirzapur star Divyenndu opens up about his Journey from ...
24 minutes ago