View Profile
What can we say about this girl... She is one of the most versatile actresses of the Indian television who has tried her hands in almost everything on the small screen. From fiction shows to reality to comedy; she can be called as a multi talented star. Even after a long tiring day, she manages to look stunning and doesn't leave her infectious smile behind.

In an exclusive interview with TellyBuzz, Ragini Khanna spoke about her experiences in the industry and revealed certain things that will make you love her more. Have a fun read… 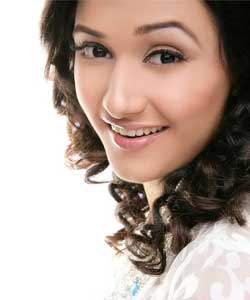 How was the journey in Star Ya Rockstar?
It was completely a learning experience wherein I learnt a lot on human relations rather than the musical learning.

You were also a part of the dance reality show, Jhalak Dikhlaa Jaa. Which one did you enjoy more?
Honestly I enjoyed doing both, but at the same time dance reality shows are physically demanding and tiring. And Star Ya Rockstar was a tragic journey because the day before the first day of the shoot, my maasi expired. After a week I went to London for a show after which I was down with fever for another week. After that something else also happened. As a whole, the entire journey was a troublesome one.

Ragini, you have also made an appearance in comedy shows as well...
Yes, I had come as a guest for certain number of episodes in Comedy Circus and I enjoyed doing the show. I realized that it is not that tough and at the same time not a cakewalk as well, but I do not want to be tagged as a comedian.

Is there any particular reality show that you would like to try?
Actually I was offered the coming season of Khatron Ke Khiladi, but I could not do it as time is something which I do not have at the moment. Also I think a lot before taking up such shows because I cannot eat worms, reptiles etc. But I would love to do a travel show as I love to travel.

After doing a variety of reality shows, given a choice what would you choose Reality shows or Fiction?
Fiction any time because I love being a part of them. And I like doing reality shows also but a lot of pressure comes in along with it.

After doing reality shows, do you think that you are being dragged into controversies; be it Jhalak Dikhlaa Jaa or Star Ya Rockstar?
I am an honest person and sometimes people cannot tolerate that. I do not say anything with the intention of hurting the opposite person, but people get offended most of the times. Honestly I do not get affected by this, but a perception is created in people's mind.

In between, you also tried your hand in hosting shows. Did you enjoy it?
I like hosting but I would like to do something like Sach Ka Saamna which has a difference in itself. Though I like doing stage shows, I do not find it enriching and creative as such.

Coming to Sasural Genda Phool, how is it living the life with Suhana?
Suhanaa…. She is a mad girl and I will also go mad one day like her (laughs). I have mended the bridge between me and Suhana.

Are you similar to her?
There are not much similarities between Suhana and me because she is very immature and I do not think I am so. She is lazy and sits in one place whereas I am really hardworking 24X.

At present Suhana and Ishaan (Jay Soni) are staying separately, do you miss your family on shoot?
Yes immensely and it is kind of weird without them.  Jay and I are saath saath now with the same fight and fun. We fight like donkeys and have fun like monkeys.

Any Bollywood projects in hand?
I am in talks with production houses, but I am waiting for them to make the official announcement.

Is there a particular kind of role that you would like to do?
I want to do a Pakeezah, a Pretty Woman, a Runaway Bride and a Bridget Jone's Diary. Also I would love to do theatre, but it needs a lot of time and that is something I don't have at the moment.

Your fans love your laugh...
Thanks a lot, I laugh from my heart and it is always genuine. Sometimes I do not respond to some of the jokes because I do not find it funny and also I do not laugh at others' cost.

A message to your fans who love you a lot…
They are really sweet and post only good things about me. That is one of the reasons why I quit twitter (laughs). They are so nice and I love them too. But today I guess there are also some hate clubs against me (laughs). But there is a saying, "If you love me I'll always be in your heart, if you hate me I'll always be in your mind." So in both the cases I am there within, so I do not mind.

gunjan.ravi 8 years ago Sasural genda phool is a realistic midle cast story ,no saas bahu sazish type .Only love story of ishaan suhana .And fun of dada-dadi , fun of inder-ilesh ,fun of also alok-rano .Means totally funny story and love story.So this will run at minimum 5years and so on..

asad.shah 8 years ago Love U My Jaan Ragini. U r the Best in tellywood and Will be the Best. No one can in tellywood is as beautiful and versatile as U.

mjtruelegend 8 years ago NO long post, just here to I LOVE YOU! Lots and lots! mmuah!

angelofmine 8 years ago Nice interview..she seems down to earth person.
Ragini is indeed a multitalented personality we have in this television industry.
God bless her..!!
.

asad.shah 8 years ago Lovely interview My Jaan... Thanks yaar.

PreetyLoveJS 8 years ago Thanx for d interview:).she is indeed adorable...
we need jay soni's interview too...