View Profile
Ram Gopal Varma is all set to start a new project - the next in the much popular and successful Sarkar series. The project is tentatively titled Sarkar 3 and will star Amitabh Bachchan once again as the powerful Subhash Nagre. Though nothing has been officially signed, Amitabh has shown strong support and interest in continuing the Sarkar series. If the project is indeed completed, it will be Ramu and Big B's 8th movie together after Sarkar (2005), Darna Zaroori Hai (2006), Nishabdh (2007), Ram Gopal Varma Ki Aag (2007), Sarkar Raj (2008), Rann (2010) and their most recent Department (2012). Out of all these movies, the Sarkar series has definitely seen the most commercial and critical success. 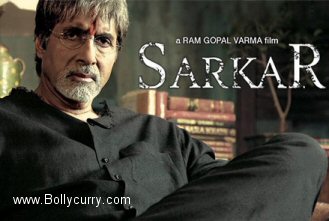 The movie is still in the scripting stages and not much else is known. However, there are numerous speculations as to who else will be seen in the movie. Both Hrithik Roshan and Ranbir Kapoor have been cited as possible actors who may be approached to play the pivotal role of Nagre's grandson. As far as any female actresses go, not much is known other than neither Katrina Kaif, seen in Sarkar, nor Aishwarya Rai Bachchan, seen in Sarkar Raj, will be present in the third in the series.
This much awaited project is still in the very preliminary stages with even the script not having been finalized yet! Keep watching this space as we bring you the latest information!
We, at BollyCurry, sure do hope this project comes to fruition!