View Profile
Sara Khan, who we all know as Sadhana of Star Plus and Rajan Shahi's Sapna Babul Ka Bidaai, underwent an eye-surgery as a stye was giving it a lot of trouble… 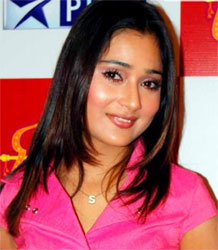 Featured Video
According to our source, "Sara was having a stye in her right eye. Apparently it was poisonous and was slowly spreading. It was also causing her a lot of pain. So she was admitted in a hospital in Malad East only for the day of surgery as it was a minor surgery. However, Sarah did not take time to rest at home and instead headed for shooting the next day itself."

The source further adds, "Sara reported on the sets of Dance Premiere League very soon after the operation, giving all a pleasant surprise. Her professionalism is truly commendable."

Her supportive beau Ali Merchant who was shooting at Khandala drove all the way back to Mumbai so that he can give her moral support during the time of her recuperation. Ali says, "Yes Sara had to undergo an immediate eye surgery. Her eyes had some mole from which poison was spreading, so the doctor suggested an eye surgery. She resumed shoot after the fourth day. Now she is well."

Also, a sort of eye-coordination happened. On the day of Sara's surgery, Ali had to go for an eye-check up where the doctor prescribed him spectacles! And his best friend Jay Bhanushali, who was already suffering from bad eyesight, got a laser surgery done to fix it!!