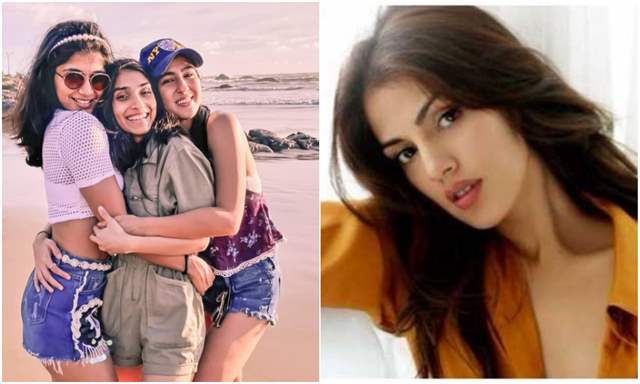 On Friday evening, Times Now reported that Rhea Chakraborty has revealed some names of big Bollywood stars to the Narcotics Control Bureau.

As per a Times Now report, Rhea alleged that Sara Ali Khan, Rakulpreet Singh, and fashion designer Simone Khambatta used to do drugs with her and Sushant Singh Rajput, who is now no more.

While this news comes as a big disclosure, no official statement or reaction has come from either of the actors named by Rhea.

Infact, Sara Ali Khan is currently in Goa and having the time of her life with her brother Ibrahim Ali Khan and her friends. Amid the allegations gathered around Sara's' name, unseen pictures from her beach trip go viral on the Internet.

On the work front, Sara was last seen in Imtiaz Ali’s Love Aaj Kal opposite Kartik Aaryan. She has Coolie No 1 with Varun Dhawan and Atrangi Re with Dhanush and Akshay Kumar in her kitty.