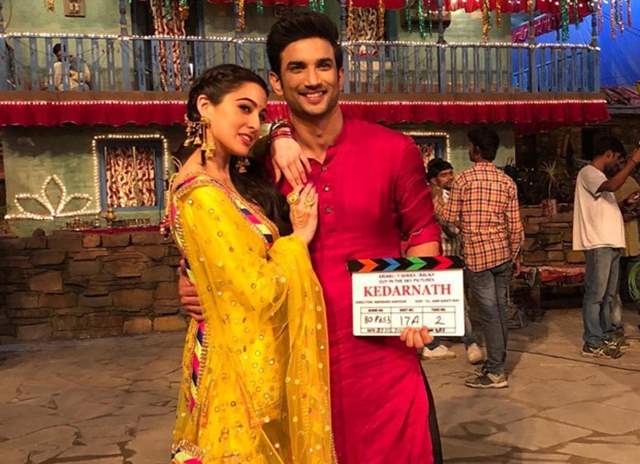 Sara Ali Khan and Sushant Singh Rajput have worked in the former actress' debut film, Kedarnath. The movie turned out to be a great watch and both of them received a lot of love for the same. In fact, their pairing was also received very well by the fans and there were constant reports about the duo dating each other. However, neither of them ever spoke up about that.

And now, as new revelations keep coming in post the later actor's demise, the latest claims are made by his friend Samuel Haokip, who has revealed that the two were in love during the promotions of the film after all, however, it could be pressure from the Bollywood Mafia that ultimately lead to a breakup.

He shared a post on social media and wrote, "I remember the time during Kedarnath promotions… Sushant and Sara were totally in love...they were inseparable...so pure and childlike innocence. They both had tremendous respect for each other which was so rare to see nowadays in relationships."

He further went on to add, "Sara along with Sushant had genuine respect for everyone in Sushant’s life...be it family, friends and even staff. I wonder whether Sara’s decision to break up with Sushant right after Sonchiriya’s box office performance was due to any pressure by the Bollywood Mafia."

Meanwhile, Kangana Ranaut too, added her two cents on this and added how the reports about Sara and Sushant were all over the media and questioned "Why these fancy nepotism kids show dreams to vulnerable outsiders and then publicly dump them? No wonder he fell for a culture post that."

Currently, Sushant Singh Rajput's case has been handed over to the CBI after the decision from Supreme Court yesterday. The actor's demise has raised a lot of questions and continues to be a matter of concern for fans, friends, and family.

Sara Ali Khan’s revels her 'Biggest Critic'? Is it Saif Ali Khan or ...