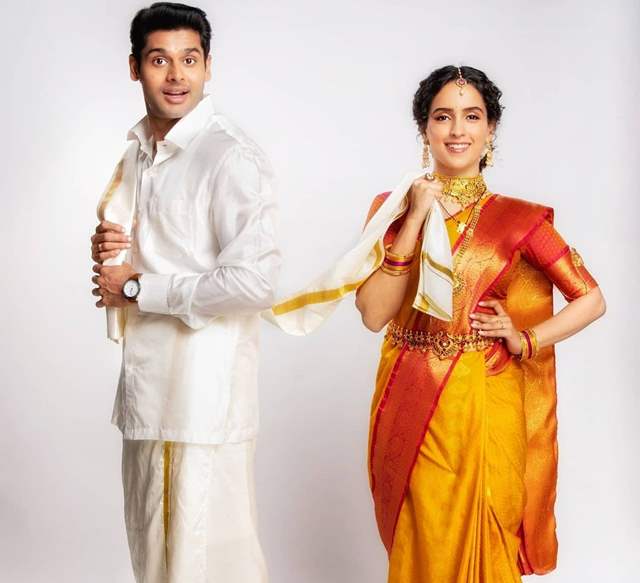 After delivering yet another stunning performance in the multi starrer LUDO, Sanya is now gearing up for her recently announced film Meenakshi Sundareshwar alongside Abhimanyu Dassani.

The fresh pair will be seen on-screen for the first time and Sanya looks beautiful in her South Indian avatar. Being a North Indian originally, it's the first time that an actress is taking up the challenge of playing a south Indian character which is the interesting part. By the looks of it, maybe we could hear some dialogues too. Alot of information has been under wraps and we can't wait to hear more!

A source close to Sanya reveals,

Being from a completely different cultural background of a North Indian, it's going to be a breath of fresh air to see Sanya in a total South Indian character and the audience will once again get to see the different avatar of Sanya.

Sanya is tapping on different genres of films and characters back to back and choosing projects which challenge her time and again showcasing her versatility as an actress.

2020 has been a hit for the actress for delivering a terrific performance in Shakuntala Devi followed by Shruti in LUDO and her on-screen sizzling chemistry with Aditya Roy Kapur set the screens on fire.

Sanya will be seen next in Guneet Monga's Pagglait followed by Meenakshi Sundareshwar and last one being Love Hostel alongside Vikrant Massey.