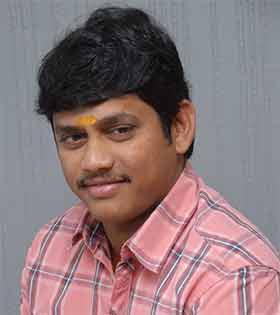 Santosh Srinivas is a bundle of joy after working with Junior Nandamuri Taraka Rama Rao (NTR) in upcoming Telugu action-drama "Rabhasa". He says he thoroughly enjoyed directing the actor, who is one of top stars in the southern film industry.

"It was so much fun directing him (Jr. NTR). He always wants to be treated like an actor and seldom like a star. He arrived on sets before everybody else and kept himself ready for a shot even before I called for him," Santosh told IANS.

"Although there was pressure of directing him initially, but he made sure that I was at ease at all times. Even when I was down with jaundice for a while, he ensured that the team went ahead and completed shooting for the songs," he said.

"I cater to the masses with my films. With inputs from Jr. NTR, we've made 'Rabhasa' into a highly entertaining commercial film. Comedy sequences between him and Brahmanandam will leave the audiences in splits," he said.

"It's not easy to make a commercial entertainer because you need to keep in mind so many elements. If you have good action and don't complement it with an emotional story, it's unlikely you're film will work with the audience," he added.

Santosh proved his mettle as a commercial director with his first blockbuster film "Kandireega", which was recently remade in Hindi as "Main Tera Hero".

He plans to make a film with Ravi Teja or Allu Arjun next and has even registered a title as "Thikka Regithe".

RRR: Jr.NTR as Konaram Bheem flexes his toned body in the larger than ...