New Delhi, Sep 6 (IANS) Acclaimed Indian cinematographer-turned-director Santosh Sivan, who has made quite a few films on human-animal bond including his just released 'Tahaan', says he loves putting animals and kids together in his films.

'I get fascinated by pets and I find it very interesting to put animals and kids together. All kids love pets and they take their relationship on their own - as a responsibility,' Sivan told IANS.

He says 'Tahaan' has undercurrents of his earlier film 'Halo' that was about a girl and her lost puppy.

While 'Halo' (1996) narrated the story of a girl, Sasha, and her search for her lost puppy on the streets of Mumbai and the variety of people she encounters, 'Tahaan', set in Kashmir, revolves around a young boy, Tahaan, and his quest across the mountains to find his donkey friend, Birbal.

'There is a lot of similarity with 'Halo' in 'Tahaan'. But it is not a children's film. The film is like an old fable and the heart of the film is its simple story. It is a journey of a kid in love with his only friend who is a donkey,' said Sivan.

However, getting a donkey for 'Tahaan' in the valley was a tedious task for Sivan as Kashmir has no donkeys but only mules.

'There are no donkeys in Kashmir. There is only one village, Sirhama, high up in the mountains that has donkeys. So we had to go there to find our Birbal. The donkey became a celebrity in no time,' quipped the director.

Despite the current unrest in Jammu and Kashmir, Sivan revealed that they didn't face any trouble while shooting in the valley.

'The film is completely shot in Kashmir and the security there is very good. The people are very warm towards outsiders. They made it very peaceful for us to shoot,' said Sivan.

'They want tourists to come as that is the major source of their income. We did not even restrict the locals to come in during the shooting and in fact they all became real-life actors for the film,' he added.

However, Sivan trashed all rumours that the film carries any regional connotations since it is shot in Kashmir and focuses only on the love between a boy and his pet and the extremes to which he could go for it.

'We didn't want to get into the regional conflict at all; so, at the end of the day, the film even has a U-certificate from the censor board. There are various layers in my film that unfold as the film progresses but it is only about the boy and his donkey,' he asserted.

'We have not used too much of Kashmiri so that the film becomes easy to relate. However, I have used Sufi music in the film to propel the journey of Tahaan as it has its own essence.'

Sivan portrayed a child-pet relationship in his Tamil film 'Malli' (1998) too.

'Malli' is based on a story that I learnt in school about a kid and a deer.'

Sivan's first Hollywood film 'Before the Rains', a period drama starring Rahul Bose, Nandita Das, Linus Roache, Jennifer Ehle and Leopold Benedict, got rave reviews in the US and Britain despite the fact that 20 percent of the dialogues are in Malayalam and Tamil.

' 'Before the Rains' is an interpretation. It has released commercially in the US and Britain and will now travel to Australia. Then it will be released in Asia,' said Sivan, who has also directed a Bollywood period film 'Asoka' (2001) starring Shah Rukh Khan and Kareena Kapoor.

Sivan said his maiden Hollywood venture has been appreciated by the American society of Cinematography.

'The society found the film very interesting because of its different approach and appealing cinematography. They have even published a three-page article on me, which is very encouraging,' he said.

'Before The Rains' also received the Mark Kilian's award for best music. 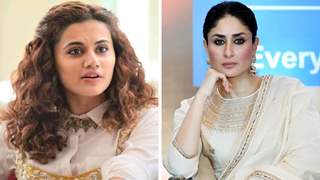 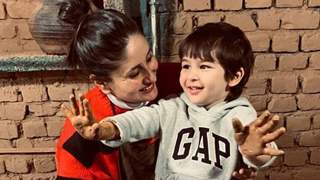