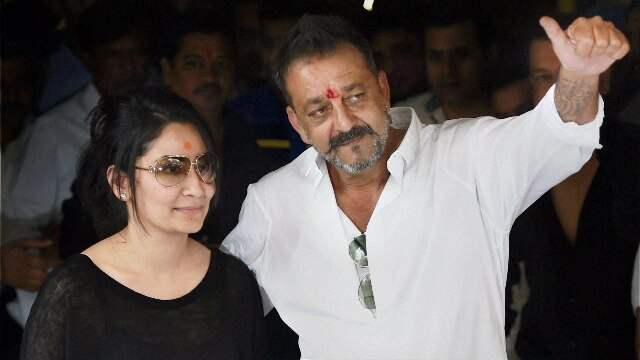 On Tuesday night, reports came in that actor Sanjay Dutt has been diagnosed with lung cancer. Reports suggest that the cancer is said to be aggressive and is on Stage 3 which requires him to receive immediate medical attention.

According to Bollywood Hungama, Dutt will be flying off to the USA for treatment.

In the statement issued by her spokesperson, Maanayata Dutt expresses:

I thank everyone who has expressed their well wishes for Sanju’s speedy recovery. We need all the strength and prayers to overcome this phase. There is a lot that the family has gone through in the past years but I am confident, this too shall pass. However, it is my heartfelt request to Sanju’s fans to not fall prey to speculations and unwarranted rumours, but to just help us with their ongoing love, warmth and support. Sanju has always been a fighter, and so has our family. God has yet again chosen to test us to overcome the challenges ahead. All we seek is your prayers and blessings, and we know we will emerge as winners on the other side, as we always have. Let us use this opportunity to spread light and positivity.

A day ago, Sanjay Dutt took to his official social media account to make an announcement regarding his health update. In his statement, the actor announced that he will be taking a short break from work for medical treatment. While he did not mention what treatment he will be undergoing, he has requested his fans to not make any unnecessary assumptions.

Previously, Sanjay Dutt was rushed to Mumbai's Lilavati Hospital after he complained of breathlessness.

Barun Sobti says his transformation for Halahal was 'a bit ...
1 seconds ago

The Kapil Sharma Show: Chandan Prabhakar talks about ...
47 minutes ago