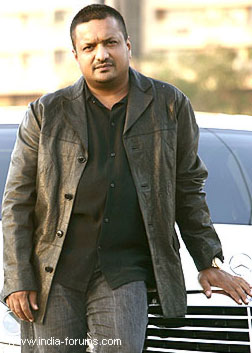 Filmmaker Sanjay Gupta is upset that his support for "The Dirty Picture" for best picture title at the recently held 18th Colors Screen Awards 2012, has been made to look like a personal attack on Zoya Akhtar's "Zindagi Na Milegi Dobara".

The director is in a war of words with Kunal Kohli, who felt "Zindagi..." deserved the award. The debate was fuelled after a jury decision to jointly give the best film award to both the films

According to reports, Kohli insinuated that Gupta's interest in "The Dirty Picture" has to do with his next film "Shootout At Wadala" being produced by the former's producer, Ekta Kapoor.

"If Ekta Kapoor is my producer, Eros, that produced 'Zindagi...' are the producer of his next film ('Teri Meri Kahaani'). How guilty does that make him when he goes home and makes calls on the sly asking fellow-jurors for a re-vote," said Gupta.

"I don't think he's in a position to talk of any jury member's ethics. Being a director himself, how would Kunal feel if his film won and a juror would go home and start making calls to other jurors to change their decision?

"'The Dirty Picture' won all the major awards. So it wasn't as if I voted for a non-starter. All this rubbish takes away from the genuine credit of the film and that is sad," he added.

Gupta also clarified that he has nothing against director Zoya Akhtar, and her actor-filmmaker brother Farhan.

"I've always admired and appreciated their work. When I walked in to the meeting, it was a hung jury. I gave my vote to 'The Dirty Picture' not because 'Zindagi...' had similarities with 'Fandango', but because I believed 'The Dirty Picture' was a better film as was also proven by the fact that it won six major awards including awards for acting, writing and most importantly direction," he said.

Gupta says even jury head Shekhar Kapur was convinced by the similarities between "Zindagi...' and 1985 film "Fandango".

"Shekhar Kapur, in the first 30 seconds of watching the 'Fandango' trailer said 'Zindagi is out'. A jury comprising of such eminent names such as Pradeep Sarkar, John Matthew Mathan, Bhanu Athaiya, Shekhar Kapur and Rensil De Silva cannot be swayed because of anything incorrect that I say. So let's not be sore losers and make me the villain. Please," he added.

"Being a film maker I believe a film that wins best director deserves to win best film. And the entire jury voted for Milan Luthria, no contest. I am done with all this jury nonsense for the rest of my life," Gupta added.

Meanwhile, Kohli has opted to keep mum on the issue.

"It's very unprofessional of anyone to discuss jury debates on a public platform. I refrain from doing that," he posted on Twitter.

"Self created controversy is over. I have nothing more to contribute to anyone's publicity stunts," he added.