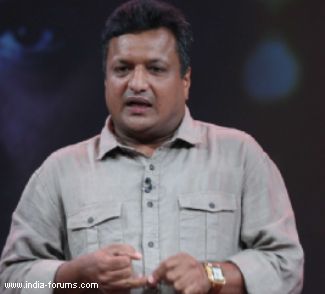 Filmmaker Sanjay Gupta has dropped his plans to build a film studio near Mumbai. Instead, he feels Gujarat has better prospects for locations to use in future.

"I bought land in Karjat and I was going ahead full-steam with plans. But now I've decided against it. Gujarat is the place where Bollywood will eventually be shooting. They're welcoming us with both arms," said Gupta, whose Mumbai underworld-based film "Shootout At Wadala", is embroiled in a series of problems pertaining to outdoor shootings.

The decisive moment happened last week when Gupta with his cast and crew was shooting at the Dhobi Ghat.

"As it is, we had a hard time getting permission to shoot in Dhobi Ghat... To shoot in any outdoor location of Mumbai, we've to get permission from five different government bodies. And even then, we're allowed to shoot only on Sundays in so-called sensitive areas."

"Why Sundays? When all of Mumbai is out on the roads relaxing and lounging around Mumbai. Anyway to make matters worse, we are not allowed to take aerial shots of Mumbai from helicopters. So to shoot Anil Kapoor at Dhobi Ghat from the top, I had to employ a 200-feet crane.

"My cameraperson had to clamber up awkwardly and dangerously to get that shot from the top," he added.

Gupta thinks it is all unnecessarily prohibitive and ultimately self-defeating.

"The Mumbai authorities feel it is a security threat for us filmmakers to shoot the city from helicopters. I want to ask them how can they control the outflow of topographical visuals in this era of Google."

As far as shooting in Mumbai is concerned, Gupta feels the city is going the Los Angeles (LA) way.

"It becomes a gathering struggle for Hollywood's filmmakers to shoot in LA. A time came when they stopped completely. And Vancouver in Canada become a substitute for LA," he said.